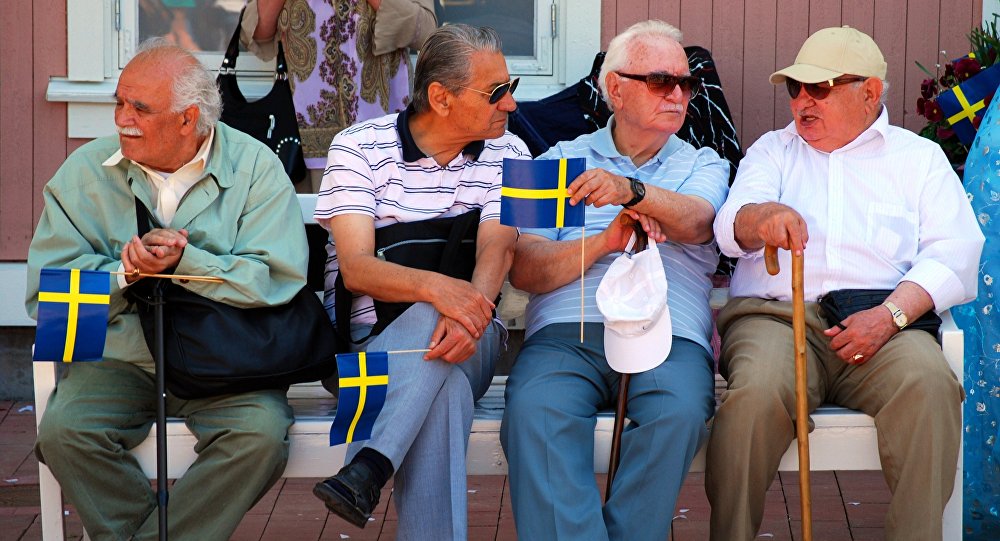 Sweden is world-famous for its welfare system, generous maternity leaves, short working hours and a culture of prolonged summer holidays. Despite this, Sweden hardly seems a dream place to work.

© AFP 2019 / OLIVIER MORIN
Live Long and Prosper: Swedes Might Work Until 75 to Support Migration
In a recent survey by the EU's official number-crunching body, Eurostat, Swedes were found to be the EU citizens expected to work longest during their lives, with an average of 41.2 working years during one's lifetime. This is six years longer than the EU average of 35.4 years and ten years longer than Italians (who are expected to work for a mere 30.7 years). The Eurostat study is based on demographic and labor market data from the European Labour Force Survey.

Remarkably, a gender gap was also observed, despite Sweden's perennial quest for equality, with Swedish men expected to work two years more than the fair sex.

Overall, the news of a longer work life resonates extremely well with the Swedish government's plans to raise the retirement age from today's 61 to 63. In September, the majority of major Swedish employers surveyed by a workgroup led by Social Security Minister Annika Strandhäll decided to give the green light to the increase.

The authorities' desire to prolong Swedes' work life is perhaps best encapsulated in the recent book by former Swedish Prime Minister Fredrik Reinfeldt with a self-explanatory title "New Life: How to Live to 100, Work to 75, Start Over at 50 and Get Off at 25." In Sweden, PM Reinfeldt will be best remembered for repeatedly urging his fellow citizens to work until 75, as well as calling on them to "open their hearts" to support mass immigration into the country.

​In a recent interview with Swedish trade newspaper Dagens Industri, Reinfeldt stated that the elderly age group, which is growing steadily, is expected to stay active longer in order for the social equation to reach balance. To prove his point, Reinfeldt cited 70-year-old Donald Trump, who was recently elected the US' oldest president, as well as 80-year-old John McCain, who was re-elected as senator for Arizona for another six years.

© AFP 2019 / TT NEWS AGENCY / PONTUS LUNDAHL
Pensioners Bicker as Sweden is Set to Become World's First Cashless Society
​Whereas Swedish politicians often encourage their fellow Swedes to work longer, this work ethic is not shared by Swedish parliament. According to parliament's self-imposed pension system, MPs are eligible for full pension after only 30 years in service.

"I believe that the conditions for MPs must be changed," Berit Bölander, chairwoman of the pensioners' organization SKPF and former MP, told Swedish newspaper Svenska Dagbladet.

It may be cold comfort for Swedes, but they are still not the biggest workaholics on the European continent. According to Eurostat, Icelanders, who spend an astonishing 48.6 years doing the daily grind, are by far Europe's hardest-working people.