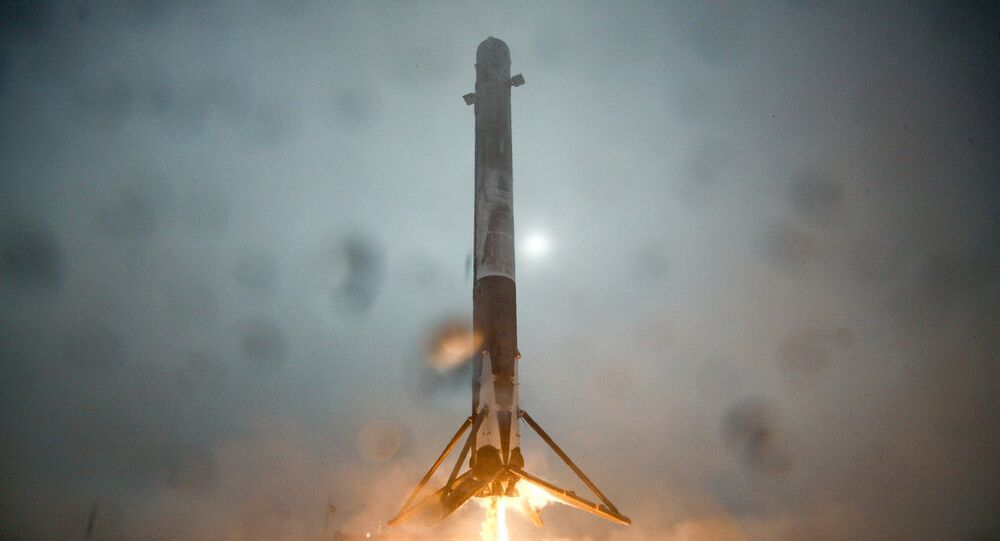 Space Exploration Technologies, better known as Space-X, has been selected to lift an ocean survey satellite into outer space in the first mission of its kind, the National Aeronautics and Space Administration (NASA) announced in a press release.

WASHINGTON (Sputnik) — The company’s Falcon 9 rocket will lift NASA’s Surface Water and Ocean Topography (SWOT) satellite into orbit to examine lakes, rivers, reservoirs and oceans on 90 percent of the planet, the release explained on Tuesday.

"Designed to make the first-ever global survey of Earth’s surface water, in addition to high-resolution ocean measurements, the SWOT mission will collect detailed measurements of how water bodies on Earth change over time," the release stated.

The observation satellite was designed by NASA in collaboration with the French space agency Centre National d'Etudes Spatiales.

Space X, a private aerospace company, has pioneered the use of reusable rocket boosters that land upright on ocean-based platforms after sending payloads to orbit or on deep space missions in preparation for an eventual manned flight to Mars.