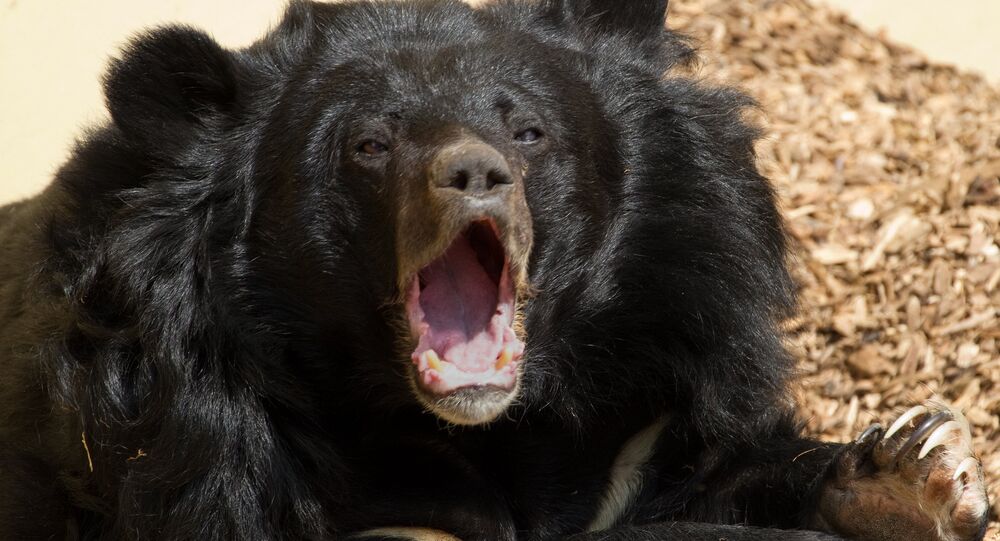 Recently the number of reports about bears spotted in residential areas in Japan increased dramatically. The animals appear in the city suburbs scaring and even attacking passers-by. Local authorities lifted the bear hunt ban for the first time in 20 years in order to reduce the population of these animals.

According to Japanese daily Mainichi Shimbun, one of the most serious attacks took place on October 17 in the suburbs of Shiso city in Hyogo prefecture. A 60-year-old local resident left his home at about 6 p.m. and headed for the post office to take get a newspaper. While he was walking down the hill, out of nowhere he found a 5.5-foot-long bear standing in front of him. The man stepped back, slipped on a gutter and slid down the hill on his bottom. He was trying to hiss the bear away, but was seriously bitten in the head and got some other injures.

One of his neighbors told journalists that he had seen a bear which was 10 feet long. He said he got so frightend that he could not move. However he could scream, so loudly that the bear backed off.

The latest attack was reported on November 7. In the city of Yabu in Hyogo Prefecture a 70-year-old man was attacked by a bear and bitten on his arms and face. According to the report, a 4-foot-long bear appeared suddenly and tore into the man.

Specialists assume that the number of bear attacks rose in autumn because bears were preparing to hibernate for the winter and would wander around in search of food, occasionally approaching residential areas.

However, this year bear attacks are far more frequent than they were in autumn last year. According to the Hyogo prefecture authorities, it was the first time in five years that people were injured. Also, last year only 16 reports of bear sightings were registered by the prefecture police, versus 100 reports by the end of October this year.

In attempt to decrease the population of bears, the prefecture authorities have lifted the bear hunt bun for the first time in 20 years giving license to shoot up to 140 animals.

The number of reports of having seen a bear increased in some other prefectures in central and eastern areas of Japan. For example, according to the Okayama prefecture authorities, this year there have been more than 120 reports from April to October, versus 87 reports in the same period last year.

The Asian black bear (also known as the moon bear and white-chested bear) lives in the Himalayas, in the northern parts of the Indian subcontinent, Korea, northeastern China, the Russian Far East, the Honshu and Shikoku islands of Japan, and Taiwan. It is classified as vulnerable by the International Union for Conservation of Nature (IUCN), mostly because of deforestation and hunting. For this reason in Japan a hunting ban was put on this species.

Dashing Through the Snow: Russian Bear on Snowboard Killing It