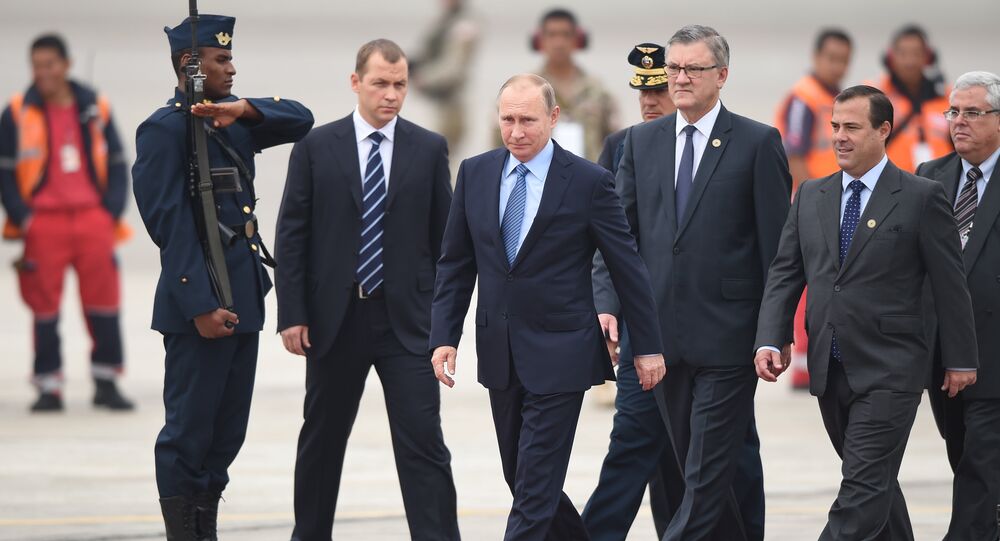 © Sputnik / Sergei Guneev
Putin Taking Part in APEC Business Advisory Council’s Session
Putin was attending one of the APEC summit's meetings when Peruvian designer Julia Castro tried to approach him and give him an unusual present, RIA Novosti reported.

However, due to tough security prescriptions, the security service prevented her from doing so and she was taken to the police station for an explanation. The gift turned out to be a sweater the woman made herself.

"It was a mess. Perhaps it was not the best place because of increased security measures, which were introduced due to the presence of many presidents. But I hope that Vladimir Putin will still receive this sweater. Maybe you could help me," the woman said in an interview with RPP radio station.

Castro also stated that during the APEC summit, she participated in a meeting on the support of small and medium-sized businesses, during which she met with Facebook representatives and asked them to give the social network's founder Mark Zuckerberg a gift from her company.

​Peru has been hosting APEC's all-year-round meetings which culminated with the economic leaders' summit in its capital city of Lima; it started on Saturday. During the summit, leaders from the 21 APEC states are expected to work out a strategic vision and guidelines for economic cooperation in the Asia-Pacific region for 2017.