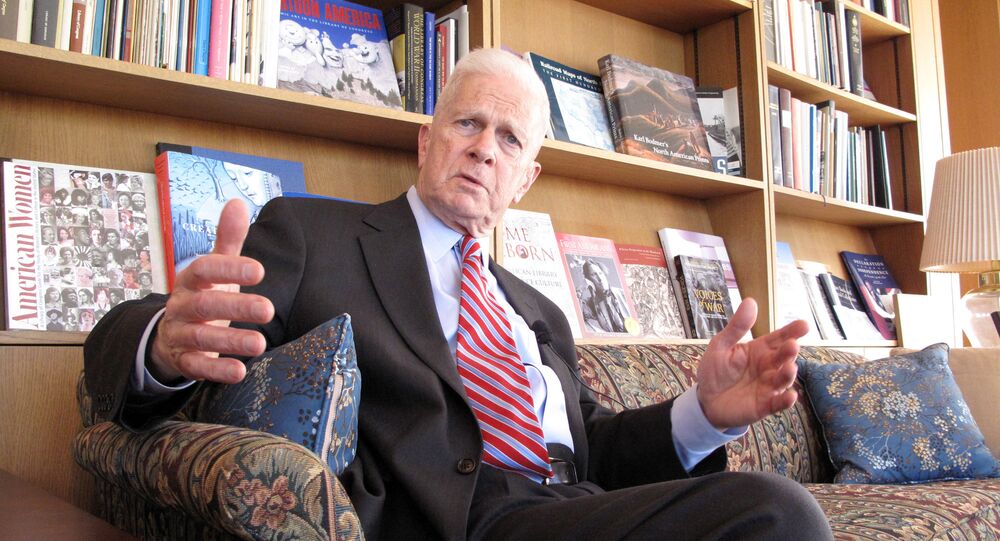 The Carmel Institute of Russian Culture and History in Washington, DC held a symposium to honor leading Russian scholar James Billington and celebrate the 50th anniversary of his legendary book The Icon and the Axe.

© Photo : http://lumiere.ru/exhibitions/id-170/
Washington, DC University Sees Uptick in Student Interest in Russian Culture, History
WASHINGTON (Sputnik) — The masterpiece describes the history of the Russian culture from the Kievian Rus through the 1960s Soviet Union, and is regarded by Billington as his most important book as it was meant to “open up” Russia’s unique culture.

The event, hosted by the American University, gathered people who were touched by Billington’s love and passion for the Russian history and culture and inspired by his book.

Ambassador Beyrle remembered reading the book first as a student in the 70s, and then re-reading it some 35 years later in the capacity of US ambassador to Russia.

“I found its insights every bit as valid and penetrating in helping to explain the motivations of 21st century Russia,” he said. “By any measure, James Billington’s masterpiece must be considered timeless.”

Professor Brumfield stressed that The Icon and the Axe is distinguished by its “extraordinary, global vision.”

“Like so many other students of Russian culture, I read The Icon and the Axe with a sense of wonder, but also felt stimulated to pursue my own vision,” he explained.

When Billington, who is now 87, took to the stage, the audience could not stop applauding the man whose work touched so many lives.

The Librarian of Congress Emeritus thanked everyone for coming and took a number of questions, which varied from his personal inspirations to his experiences in Russia to just words of gratitude and admiration.

“I think that Russian people would like to see America-Russia not only getting along but rediscover themselves as people rather than factors in equation,” he stated when asked about the future of the US-Russia relations.

The Carmel Institute was established within American University’s College of Arts and Sciences by philanthropist and businesswoman Susan Carmel.

No Place for Tensions in Culture: Polish, Russians Team Up on Theater Stage