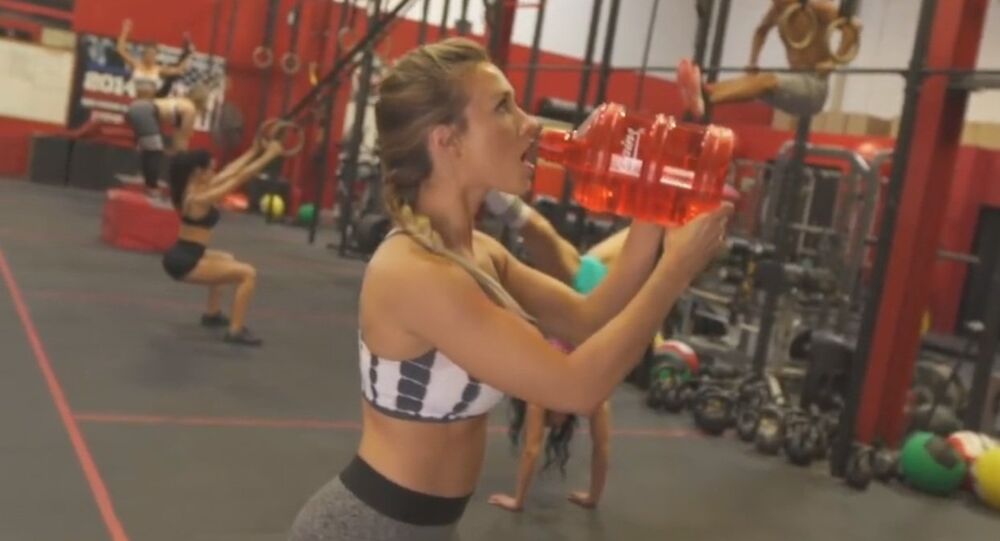 Following the newest viral video craze, popular US fitness gurus imitated mannequins in the gym, and in so doing nearly broke the internet with their unreal posing.

Popular social media fitness stars from California teamed up to participate in the Mannequin Challenge online flash mob. Since their mesmerizing video was published on November 13 on Facebook, it has gained more than 24 million views.

Frozen upside-down, mid-air and balancing in gravity-defying poses, the muscular athletes in the video create an impression of a gym, which was put on pause. The whole stunt was choreographed by one of the online fitness coaches Bradley Martyn.

UPDATE: Since the video has been reported and removed for unknown reason, Bradley Martyn reuploaded it again to his Facebook page.

© Photo : Youtube/ SomethingGreatMedia
Mannequin Challenge: People 'Freezing' en Masse Across US (VIDEOS)
The Mannequin Challenge is a viral Internet video trend where people remain frozen in action like mannequins while a video is recorded, usually with the song "Black Beatles" by Rae Sremmurd playing in the background. The phenomenon has gone viral since the start of November and now thousands have shared their own versions online using the hashtag #MannequinChallenge. Lots of celebrities, artists, sports figures and even politicians have participated in the craze.
...
Reddit
Google+
Blogger
Pinterest
StumbleUpon
Telegram
WhatsApp
925

Man Rips Own Teeth Off During Rotating Corn Challenge