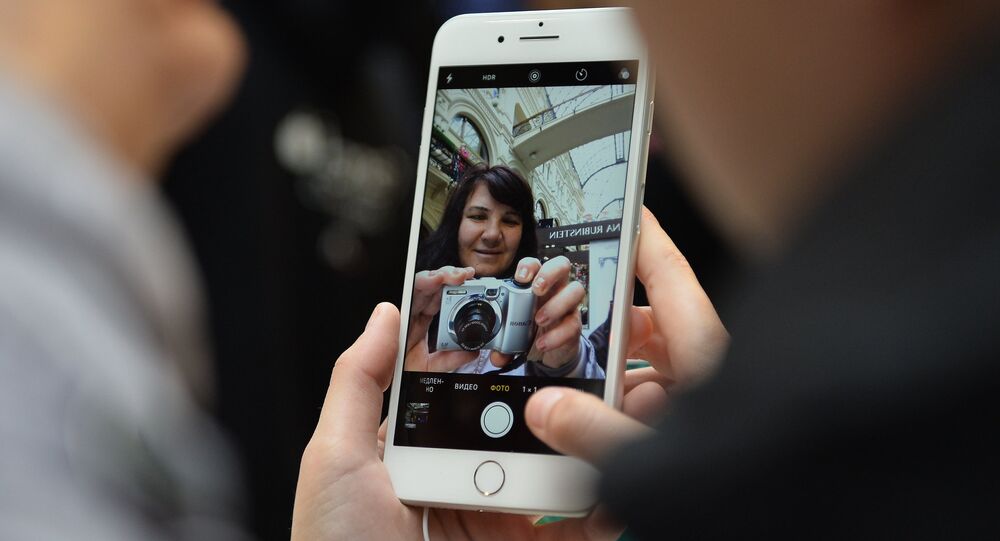 Experts have learned to identify the habits and lifestyle of a person by molecules that his or her fingers and breathing leave on the phone. The findings could play a crucial role for criminal investigators as they would help to narrow down the search and track down criminals.

© REUTERS / Kim Hong-Ji/File
Samsung Galaxy Note7 Phones Banned on US Airplanes
The research, conducted by chemist Pieter Dorrestein from the University of California and his colleagues, showed that our phones contain all kinds of information about our habits, health, place of residence or travels.

The study, published in scientific magazine Proceedings of the National Academy of Sciences, opened completely new opportunities for criminal investigations facing a lack of DNA evidence or fingerprints.

A person's phone and other personal items can thus be used as a kind of "biopassport" providing a comprehensive picture of a person's lifestyle and habits.

"In a scenario where personal belongings such as pens, keys, phones, handbags, or other personal objects are found at a crime scene, the chemical interpretation of skin traces recovered from these objects can help determine the individuals' personal routine. This can be accomplished by revealing information regarding habits, lifestyle, and disease status associated with certain types of medication, thus narrowing the pool of individuals to whom an object may have belonged," the study says.

Scientists tested this idea on a group of forty volunteers. The volunteers were asked to bring their cell phones which then were carefully analyzed and tested.

Samples taken from devices and various parts of the body helped researchers to compile a list of substances, which they found on the surface of each smartphone. In particular, scientists managed to detect traces of medication, including eye drops, antidepressants, and even drugs which prevent hair loss. They also found traces of tea, coffee, fruits and spices, as well as traces of sunscreen and insect repellents.

© Photo : Pixabay
Smartphones at Risk Under Draft EU Controls Over Surveillance Devices
According to the authors, all these chemicals can be found even when people do not use their smartphones for months.

Of course, such details are quite general and do not enable a 100% reliable identification of its owner. However, such analysis could be used as a way to trace evidence, significantly narrow the list of suspects and focus efforts on profiling a small group of individuals.