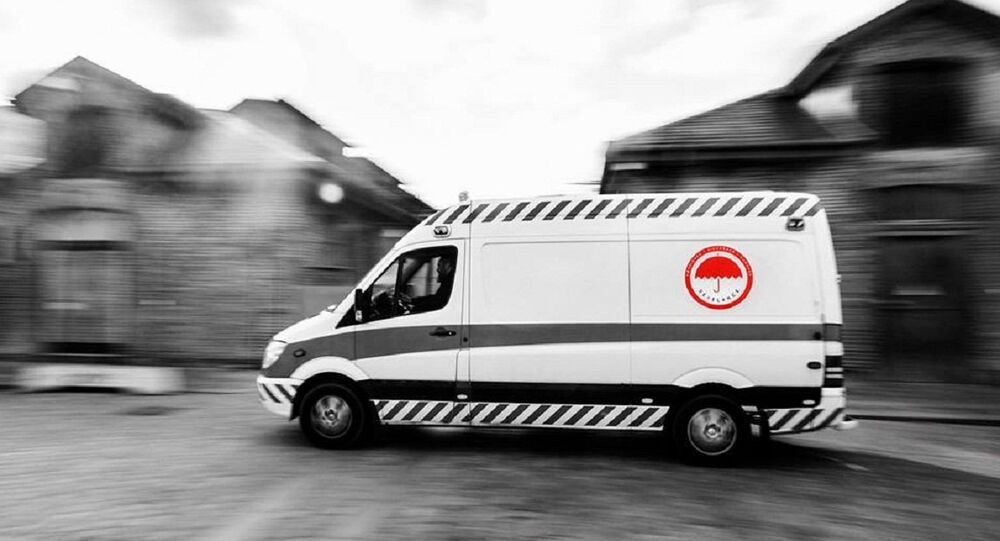 In an attempt to ease the plight of street sex workers and ensure better safety, a new mobile sex 'clinic' was launched in the Danish capital city of Copenhagen to tackle the threat of violence and the spread of venereal diseases.

The so-called Sexelance is in fact a converted and refurbished ambulance vehicle that is about to cater to sex workers' needs. While it may still seem to be your ordinary ambulance from a distance, a closer look leaves no doubt about its nature, as the back door of the car is provided with a sticker that reads "Do not come knocking if the car is rocking."

© AP Photo / Anja Niedringhaus
Shooting Gallery: Copenhagen Boasts Scandinavia's Largest Drug Injection Room
Reports from The Danish National Centre for Social Research (SFI) indicate that 41 percent of sex workers on the streets are exposed to threats or violence. However, for sex workers who operate in a sheltered environment, that figure is down to just 3 percent. According to Michael Lodberg Olsen, the head of social aid organization Foreningen Minoritet, the Sexelance vehicle seeks therefore to provide a secure alternative to attending to clients' needs in parked cars and public places.

"We are trying to create an alternative that is worthy and safer than having customers on the street and in the public space," Olsen told Berlingske.

Inside the Sexelance, sex workers and their clients are not greeted by a clichéd decor with twinkling lights, velvet and red sheets.

"We have installed a folding couch made of faux leather. It is not our job to provide a large four-poster bed or a brothel, instead, we aim to create a worthy alternative to the street. Additionally, there are condoms, lube, alcohol and hygiene items available," Michael Lodberg Olsen told Berlingske.

© Flickr / MyMoralAmnesia
Denmark to Refugees: Feeling Up Women in the Street 'Not OK'
Additionally, two volunteers will stay close to the car for better security. Previous experiences from Vancouver, Canada, which introduced a hotel for the same purpose, indicated that abuse against sex workers was reduced, Lodberg Olsen explained.

Whereas Olsen himself was unsure whether the Sexelance initiative would be welcomed, sex workers proved to show their support.

Previously, Copenhagen pioneered a similar idea of converting an ambulance into a moving drug parlor dubbed "Fixelance" to attend to the city's drug addicts' needs.