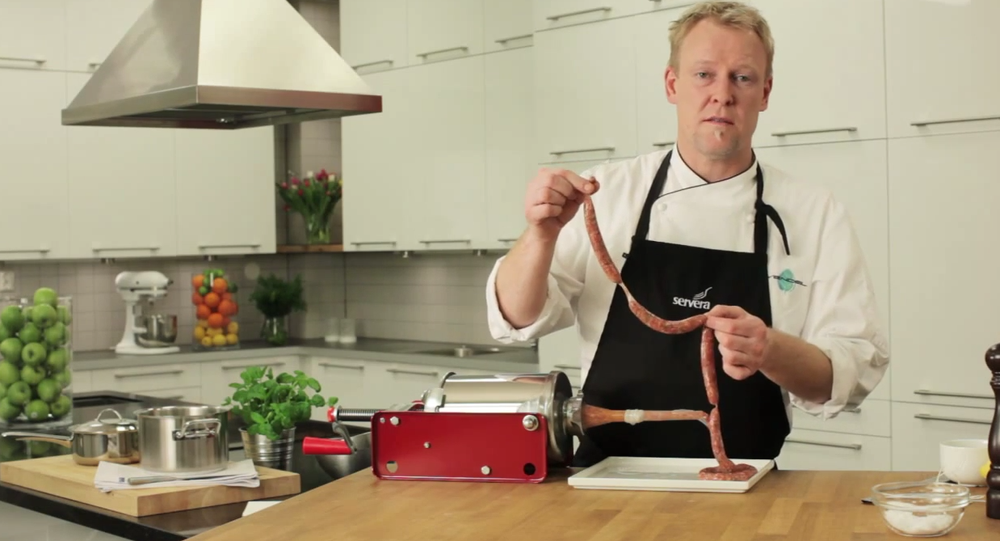 Sweden's aversion for Donald Trump had become manifest long before the US election results plunged Scandinavia into a shock. The level of hate Trump generates in Sweden's increasingly multicultural society, however, is truly remarkable. A Swedish celebrity chef was beaten to a pulp merely for bearing a resemblance to the US President-elect.

In a Facebook post that was later removed, Anders Vendel, who in his home country is a well-known anti-Racist profile who also stars in the TV show "The Struggle of the Chefs" described the assailants as "three Muslim men aged 25 to 35."

The brutal assault happened early Saturday morning in a fast food restaurant in Malmö. By Vendel's own admission, two of the men grabbed his arms from behind, while the third started punching him in the face. After receiving "about twenty blows" in the face, Vendel fell on the floor, whereas the three assailants continued kicking him in the face and in the head.

​Anna Göransson, press officer at Malmö police, confirmed to Sydsvenskan that the attack had taken place. Anders Vendel was later admitted to emergency ward with a broken nose, bruised lips and jaws, a clogged eye, and a broken thumb.

© AFP 2021 / Emmanuel DUNAND
Hate is the New Tolerance: Feminist Pop Idol Wants Elderly Trump-Voters Dead
A caller later confirmed to Swedish news outlet 24Malmö that several men kicked Vendel while he was lying down. There were many people around, but only two young girls dared to help the beaten man, according to the caller.

Anders Vendel is one of Malmö's most famous personalities in the restaurant business, known for having run the sumptuous Sture restaurant for a decade.

The city of Malmö is being touted as Sweden's most multicultural city, with the percentage of ethnic Swedes estimated to have sunk below 50 percent. Whereas it is home to people from 174 countries and speakers of 150 languages, it also embraces some of Sweden's most nefarious "exclusion areas," in effect ghettoes marked by violent crime and budding extremism. Additionally, Malmö is also home to a growing Muslim community, which amounts to 20 percent of the city's population of 320,000.