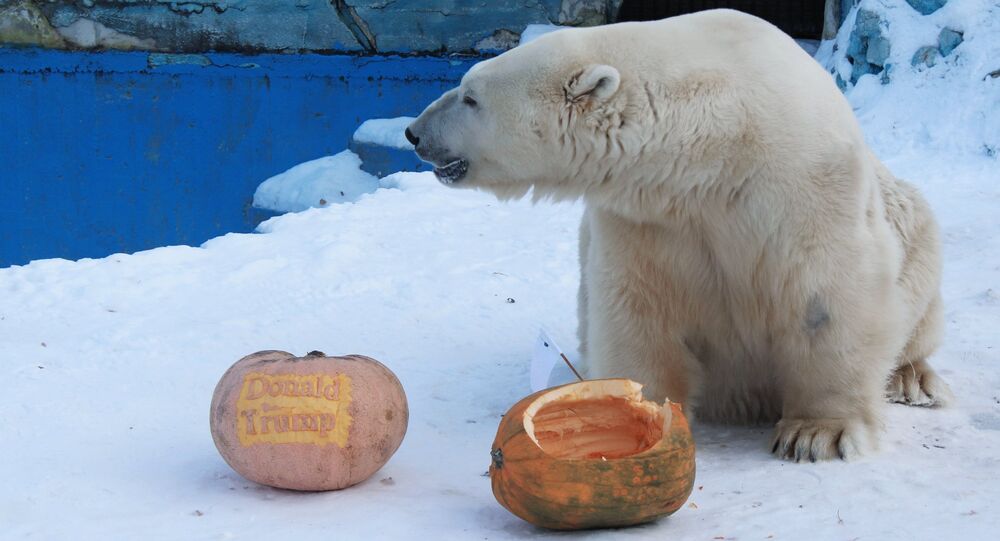 Felix, a white bear from Roev Ruchey, a zoo in Krasnoyarsk, Russia, correctly predicted Donald Trump's victory in the US presidential elections. For outperforming some of the most seasoned professional election-watchers, the furry forecaster will get a cake with a picture of Donald Trump, 45th President of the United States.

Zoo staffers called on Felix to help them determine the outcome of the US presidential elections.

They filled two pumpkins with meat and fish, and carved into them the names of the candidates for US President before placing them in the bear's cage. Felix hesitated for a long time, before finally picking Trump.

Youtube / Sputnik
Russian Military Saves Stranded Baby Polar Bear
After calling the election results successfully, the animal was officially awarded the title of 'predictor'. The cake for the ‘’novice forecaster’’ will be made of cottage cheese, pumpkin, capers and ice.

Workers at the Krasnoyarsk zoo hope that Felix will continue to make accurate prophecies.