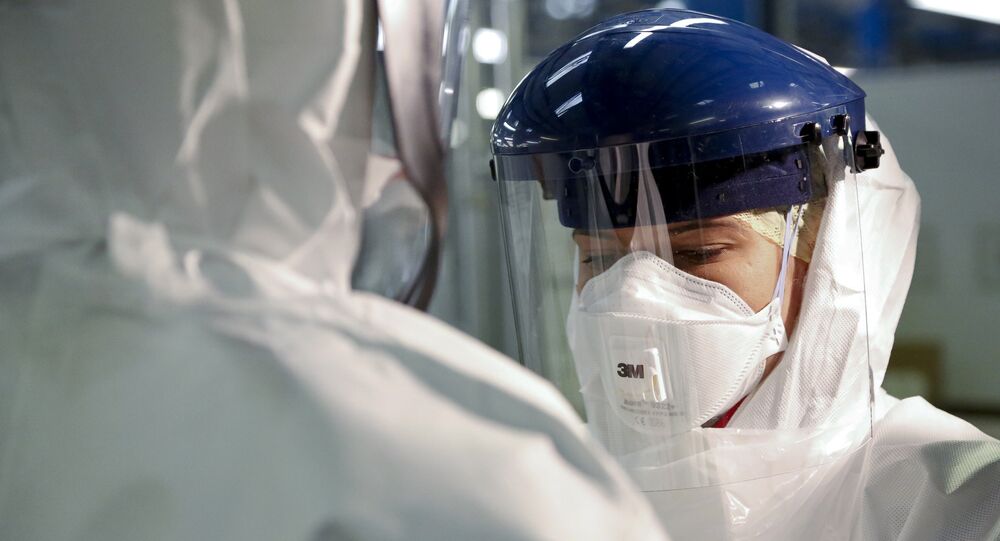 Canadian Scientist May Have Been Exposed to Ebola

An employee at the national animal health lab in Winnipeg has been potentially exposed to the Ebola virus, according to Canadian federal officials.

© Sputnik / Ramil Sitdikov
Russian Vaccine Against Ebola in Advanced Stages of Clinical Trials
The employee, at the National Centre for Foreign Animal Disease (NCFAD), who was studying the effects of the drug interferon on pigs infected with the Ebola virus, has likely been exposed to the disease after his protective suit was torn. He discovered the split seam during the decontamination procedure.

Despite the fact that specialists at the Centre believe the risk of infection to be low, the employee has voluntarily put himself into a 21-day isolation. He showed no symptoms for the virus and is not considered to be infectious, but he has been offered the experimental Canadian-made vaccine.

"Our employees are well aware of the risks and how to control them," Dr. John Copps, director of the Canadian Food Inspection Agency, told reporters.

According to Professor Jeremy Luban of the University of Massachusetts, the Ebola virus has undergone a recent mutation that has caused it to become significantly more infectious than previously, as proven by a massive Ebola outbreak this year that killed over 11,000 people.

Several countries, including Russia and Canada, have developed a vaccine against the disease. Any country wishing to use either vaccine will need to perform lengthy tests before receiving clinical approval. Until then, the best defense against Ebola is to avoid direct contact with those infected, wear full-body protection, and wash hands very, very often, specialists say.