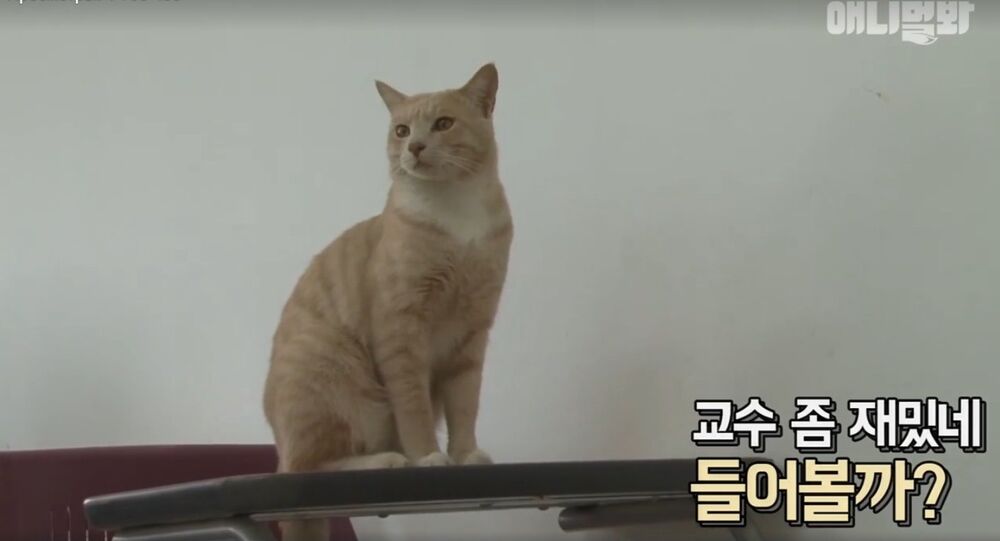 A cute four-legged student is reportedly attending classes at Gangdong College in S Korea. The ginger cat called Teuk Gang-i made its home right in the college building.

At the end of October an entertainment broadcast on South Korea's SBS TV channel broke the news of a cat who acts exactly like a student. It comes to the classroom, seems at first to listen intently to the lecture, but then falls asleep. When the class is over, it lazily goes on to the next one.

The students of Gangdong College say that originally the cat belong to a girl who studied there and brought her pet to classes with her. But then she took a year out, leaving the cat at school for some reason.

Nobody thought to take the cat home because it already had an owner, the students said. They fed the cat and took care of it at the college. The students also gave the cat a new mane — Teuk Gang-i, which means “Special-course-thing” in Korean.

Now Teuk Gang-I is a favorite amongst the students. They said they plan to pool some money and buy a cat house for their school pet to feel even more comfortable.