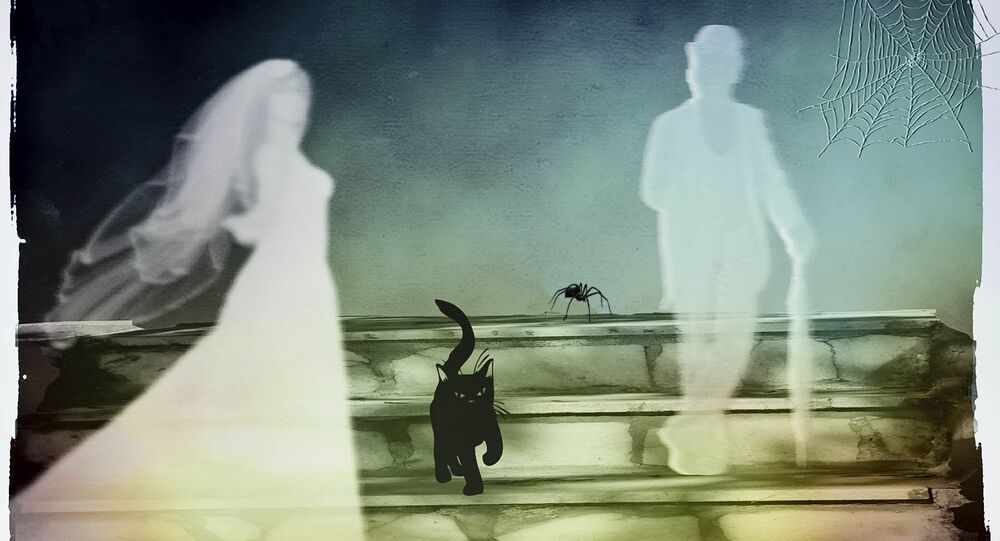 Halloween is over and the clown masks and scary costumes are back in the closet - the ghosts can now take a break. But Walter von Lucadou is a person who "hunts ghosts" all year round. The 71-year-old professor is the head of the parapsychological counseling center in Freiburg. The expert analyzes mysterious events from the scientific perspective.

YouTube/Dan Newbie
Halloween Special: Ghostbusters Theme Song Performed on Pumpkins
Walter von Lucadou has been working as "a ghost hunter" for 40 years. In an interview with Sputnik Germany, the physicist and psychologist explained what it is he actually does at work.

"In the first place, I am a scientist who tries to understand and investigate certain things that have been reported to be happening. For example, when people come and say that they have seen a ghost and that they are not crazy or lying," Lucadou told Sputnik Germany.

According to the expert, almost one third of all people experience some unusual, mysterious things at least once in their life. They could see objects moving by themselves or feel uncomfortable in certain rooms, without knowing why.

People with such experiences come to Lucadou's parapsychological counseling center in Freiburg, where the expert takes their claims very seriously.

"Such experiences occur very often. I am surprised that the school of psychology does not care about that," Lucadou said. "It is the duty of a scientist to investigate these phenomena — no matter the outcome."

The scientist begins his investigation with an exclusion procedure. "When someone tells me that strange things are happening in his or her home — mysterious sounds are being heard, doors are being opened and things are buzzing through the air, then I first exclude "natural" causes," the professor explained.

A person who sees or hears mysterious things keeps a diary for several weeks and writes down every strange phenomenon, noting the exact time and place of its occurrence. Afterwards, Lucadou decides on the steps that should be taken further.

In some cases, the explanation is quite simple: unusual sounds might be caused by a draft or wild animals. In others, the mysterious phenomena can be explained by a psychosomatic reaction of a person to a certain situation.

© CC0
Ghost Hunters Investigate Spooky Events in Italian Town
There are people who externalize their mental disbalance on their surroundings, the expert explained. "How this works in detail remains unknown, but in case of common psychosomatic reactions we do not know it either," the scientist explained.

As an example he cited the story of one of his clients. A family had bought an old house, which turned out to be full of mysterious occurrences. The dog wouldn't enter the building. Friends had a baby who would start crying when it was brought to a certain room. Then rumors spread in the neighborhood that the former owners of this house had been killed.

The family asked the "ghost hunter" for advice. After Lucadou excluded all natural causes, and the woman kept a diary for four weeks, an incident took place after which she was scared to death. The woman claimed that she had been alone in the kitchen and a knife had flown through the air, almost piercing her.

When Lucadou came to the house, listened to her story and looked at her diary, it turned out that unusual events had always taken place when her husband was away. The explanation was quite simple: the woman didn't want to stay home alone and unconsciously made herself believe in mysterious events through externalization.