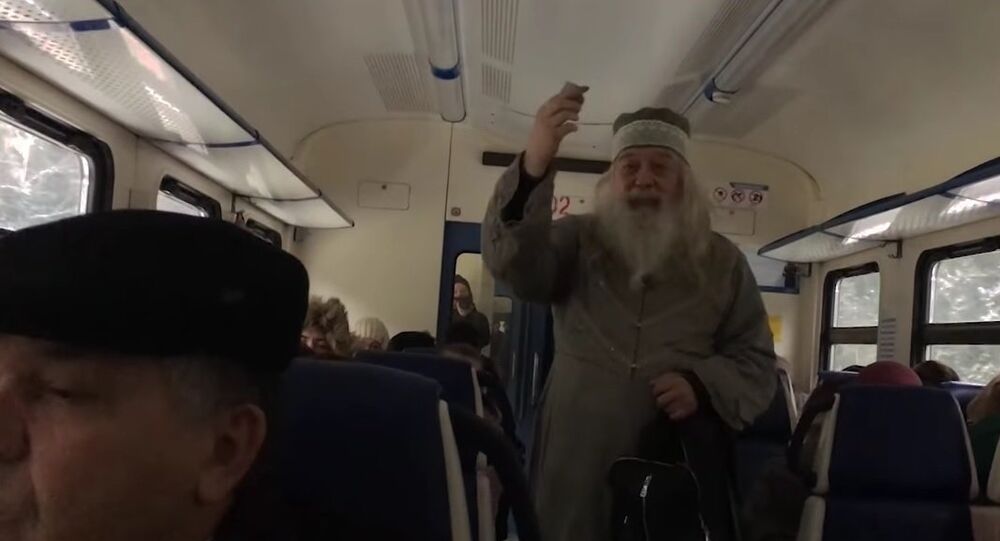 A video appeared online in which two vendors performed an exciting mini-performance from the famous Harry Potter book on a train near Moscow while trying to sell items to the passengers.

The footage shows a bearded man standing in the train wagon. He is dressed up like the famous wizard Dumbledore from the Harry Potter books.

He shows products that he is selling to the passenger and talks in Russian but using phrases from the book. He asks the people to purchase air freshener for the “mystery room,” a collection of anecdotes about “the one-who-must not-be-named” and a “magical stone” for sharpening knives, scythes and swords.

The passengers start paying attention to the unusual “magical” person in the train and just then another guy with a guitar walks into the train wagon.

He is dressed as the dark wizard from the book, Lord Voldemort, in a black cloak and a mask. “Voldemort” begins to sing a song in Russian, the lyrics of which are about Harry Potter.

Meanwhile, “Dumbledore” starts advancing at “Voldemort” to stop him from singing.

An argument breaks out between the two men and “Dumbledore” takes out his magic wand to cast the dark lord away!

To the delight of the passengers who were laughing and recording the performance at this point, “Dumbledore” casts the dark lord out of the train wagon with his magic wand and “Ipotekus Stoletus” [mortgage forever curse] spell.

The mini-performance by the two “wizards” was published on YouTube-channel by the user Alexey Petrov and it has already over 19,000 views.