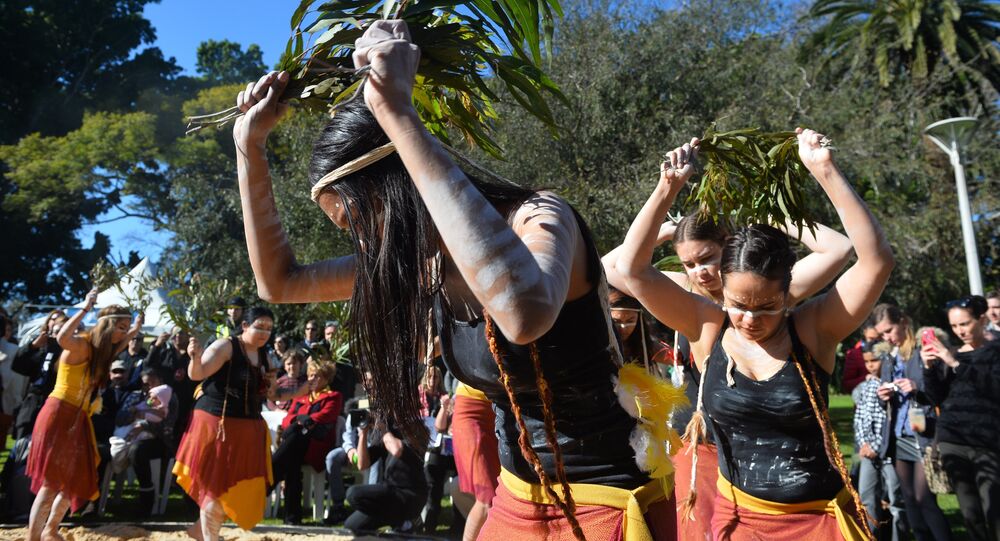 © AP Photo / Lefteris Pitarakis
Scientists Name Aboriginal Australians Oldest Civilization on Earth
A study conducted by a team led by Ryan Bohlender, a statistical geneticist from the University of Texas, suggests that aboriginal Australians and those from nearby Pacific islands may carry genes from a heretofore undiscovered  hominid, in addition to Neanderthals and recently-discovered Denisovans. Bohlender presented his findings at the American Society of Human Genetics in Canada, and they have been included in the 2016 meeting abstract.

Bohlender and his team created a computer model to determine the amount of Neanderthal and Denisovan DNA carried by modern humans. In the process of their research, they discovered discrepancies in previous analyses — namely, that the amount of both Neanderthal and Denisovan DNA in populations from South Pacific regions turned out to be much smaller than previously believed. Bohlender determined that the proportion of Denisovan DNA is only 1.11 percent, contrary to previous estimations of 3 to 6 per cent.

Researchers came to the conclusion that a large portion of ancient DNA previously believed to belong to Denisovans, might actually belong to a third, as-yet unknown hominid species. While it's still too early to jump to revolutionary conclusions, Bohlender's conclusions are supplemented by separate research conducted by Danish scientists who examined the DNA of 25 Africans  and 83 aboriginal Australians. These researchers, who published their discoveries in Nature, say they found traces of "Denisovan-like" DNA which they believe belonged to a different species entirely.

© Photo : youtubify.ru
Genetic Engineering for a Good Cause: US Approves Cancer-Fighting Human DNA Experiments
Bohlender's discovery, however, remains subject to criticism until further research is done, scientists say. Some anthropologists have suggested that "Denisovan-like" DNA may be, in fact, Denisovan, since the only Denisovans discovered so far come from a single cave in Russia's Altai Mountains. Even those Denisovans found there proved to be genetically diverse, suggesting there were other Denisovan populations across the continent who could have interbred with today's Australians' ancestors.

According to Stanislav Drobyshevsky, chief editor of Russia's antropogenez.ru website, anthropology knows a number of hominids, whose remains don't look too much like Homo Sapiens or Neanderthals. However, their DNA has not been thoroughly examined yet, and it remains to be determined whether all these samples represent numerous different species or rather very genetically diverse populations of already known hominids.

"To be fair, the authors of this historic discovery are well aware of all the unanswered questions, and therefore are very careful in their statements. And that is why they decided to publish their work not in one of the world's leading scientific journals, but in a short abstract of the American Society of Human Genetics that took place Canada," Drobyshevsky said, according to antropogenez.ru.