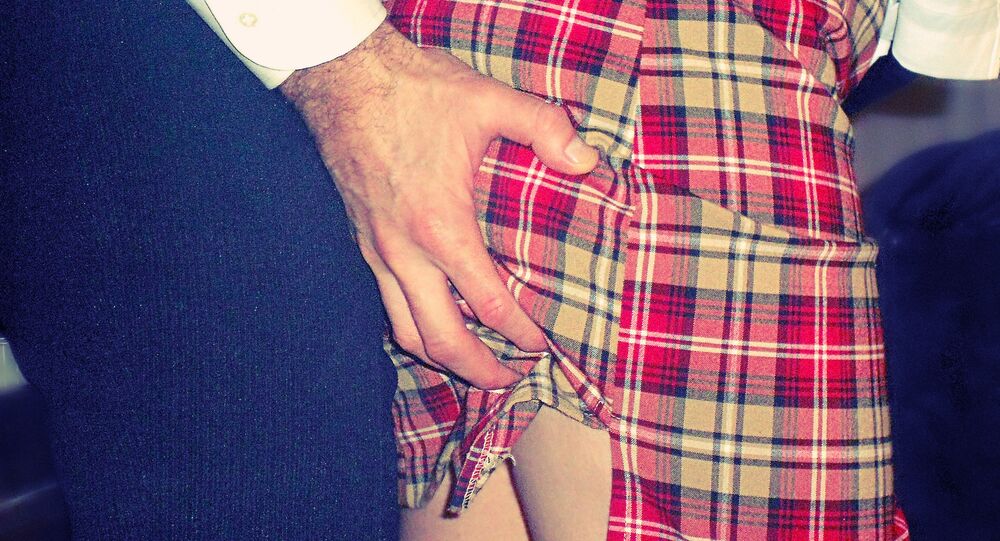 Since last year's migrant crisis, clashes have been mounting between native Europeans and the new arrivals on such issues as sexual morality and feminism. To smooth things over, residents at several Danish reception centers are now being taught how not to harass strange women in the street and to not make sexual propositions in the swimming pool.

© CC0
Denmark Launches Mobile Advice App to Bridge Cultural Gap With Refugees
Since this summer, the Danish Red Cross and three municipal operators of asylum centers have carried out a compulsory 'enlightenment' campaign as part of the introduction course for adult asylum-seekers in Denmark. All in all, thousands of asylum-seekers are now being taught about Danish sexual morality, Danish daily Berlingske reported.

Brochures handed out to immigrants explain what is allowed and what is not in Denmark. Among other things, it is pointed out specifically that it is "not OK" for men to touch strange women "on the breasts or butt."

Furthermore, the material also dwells on the issue of equality, describing equal rights and the right to equal pay. Additionally, it says that it is not dishonorable for men in Denmark to do the vacuuming or the washing-up.

"There is a huge need for sex education and the teaching of gender identity among asylum-seekers. We have already done a lot, but we lack resources to live up to the high demand," Marianne Lomholt, national manager at the Sex and Society Foundation said.

© Photo : Facebook/Al-Azharskolan
Equality Gone Wrong: Sexual Apartheid in Swedish Schools Becomes Reality
According to the Danish Ministry of Justice, immigrants and refugees are clearly overrepresented in rape statistics, accounting for 212 out of 615 convictions in rape cases since 2003. Between 2013 and 2014, 34.5 percent of all individuals convicted of rape in Denmark were immigrants or their descendants despite those groups only accounting for roughly 12 percent of Denmark's total population.

"Among the teachers, there is a broad agreement that asylum-seekers are a target group that can be most difficult to address," school principal Marielle Verriere said.

In 2015, Norway pioneered sexual education for the new arrivals in an attempt to bridge the gap between feminist locals and asylum-seekers from more conservative and patriarchal societies, who are prone to misinterpreting Western women's behavior. In contrast, Denmark's northern neighbor Sweden attempted to downplay the role of migrants in sexual attacks in order to avoid stigmatizing newcomers as potential rapists and thus playing into the hands of anti-immigrant politicians. Previously, Swedish police and media were accused of covering up mass sexual assaults allegedly committed by refugees at summer music festivals.