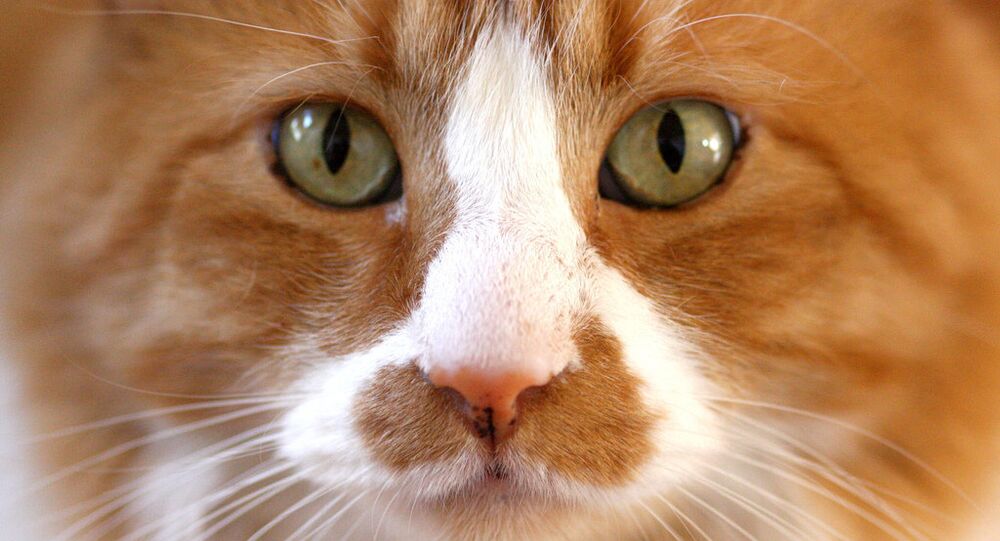 A Humane Society animal shelter in Canada has had to apologize after making silly flyers urging people to adopt a pet using the phrase: “grab a pussy...cat.”

The Windsor/Essex Humane Society faced a slew of outrage over the joke on Wednesday morning. The online flyer was an attempt at bringing some attention to the fact that they are overwhelmed, the shelter is completely full, and all cats over the age of six months can now be adopted for less than $50 until October 23.

“You don’t have to be a star to grab a pussy… cat,” the playful ad stated.

© Flickr / Waterkeeper Alliance Inc.
Animal Rights Activists Charged for Taking Photos at Pig Farm
As outrage culture goes on the internet, people immediately blasted the shelter, calling the joke vulgar and tasteless, and, of course, “perpetuating rape culture.” Included in the onslaught of rage was Windsor West MPP Lisa Gretzky, who took to Twitter to scold the organization.

“I am profoundly deeply disappointed and disturbed by this advertisement. When it comes to sexual assault #itsneverok,” Gretzky tweeted.

Within three hours, the shelter had pulled the flyer off of their social media platforms, and Humane Society’s executive director, Melanie Coulter, issued an apology.

“Our intent was to poke fun at the US election,” Coulter said. “To come up with an idea that people would find funny and share, and hopefully get cats into good homes.”

© AFP 2021 / Ben Stansall
Politi-cats Take Over Downing Street as Feline Tensions Escalate
She noted that the idea for the flyer came from women, and was also vetted by multiple women who stated that they found it amusing, and not offensive.

“We were thinking, ‘Okay, we need to do an adoption program … What can we do that will get people talking and people will share?’” Coulter explained. “We thought, ‘Everybody’s talking about the US election.’”

“Our intent with our promotions is never to offend anybody … I hope that people would understand that our focus was on trying to get cats adopted.”

Animal rights group PETA used the same joke in their own effort to urge people to adopt shelter pets, and also received a backlash. They have not issued an apology, however.

“We took something hideous and made it into something good. Outrage is not enough, action is everything.” PETA tweeted at an outraged commentator.

The animal rights group is currently in negotiations to place it on a New York City billboard.

“PETA hopes the purrvocative ad will encourage New Yorkers to adopt one of the more than 20,000 cats taken in by city-run shelters each year,” its website states.

“Only cat-haters, internet trolls, and those who are so ultra-sensitive that they’ve forgotten how to laugh could complain about creating an uptick in adoptions.”