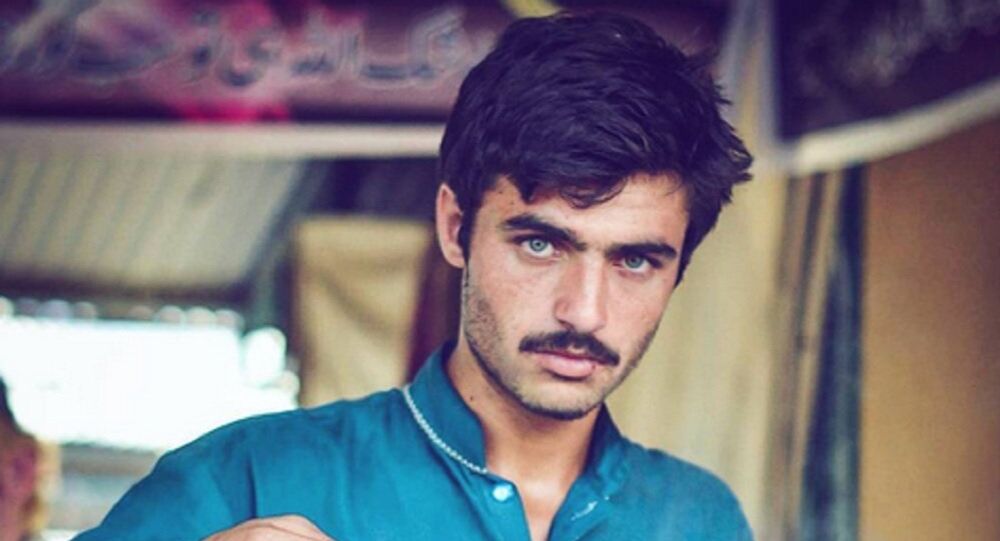 A handsome Pakistani chaiwala (tea-seller) has become a top trending topic among the people of both Pakistan and India.

New Delhi (Sputnik) — Social media is abuzz with the story of a good looking tea-seller from Pakistan. Arshad Khan, a blue eyed boy from Mardan in Pakistan, suddenly became famous when Islamabad-based photographer Jiah Ali posted his picture on Instagram.

Arshad Khan’s uncanny good looks and razor sharp blue eyes and picture of making him tea at the roadside tea stall has been drawing lot of attention not only in Pakistan, but Indians girls are also going crazy about him due to the good looks of a common tea seller.

In fact, the handsome tea-seller from Pakistan has provided a common ground for the people of both India and Pakistan to think similarly amidst the burgeoning tension between the warring neighbors.

Clearly #India-#Pakistan tensions have eased; a handsome Islamabad tea-seller is the top-trending topic in the region (& world!). #ChaiWala

Even Michael Kugelman, South Asia Associate in the Wilson Center has advised that Arshad Khan should become a brand ambassador for Pakistan so as to improve its international image.

How long before #Pakistan invites this hunky tea-seller to become a brand ambassador? May help address its global image problem. #ChaiWala

Khan has become so popular among Indian girls that some people in Pakistan have termed him as a Pakistani surgical striker, referring to the Indian Army's claimed surgical strike that escalated tensions between the Asian neighbors.

Surgical Strikes on Indian girls though Pak #ChaiWala. Do we really need to unleash our other weapons? 😉😜😉😜😉😜 pic.twitter.com/28AnCEGQWG

Some even compared the Pakistani tea-seller with India Prime Minister Narendra Modi, who once also sold tea for living.

Definitely, the handsome Pakistani tea-seller has created bonds among the residents of this region to talk about love.