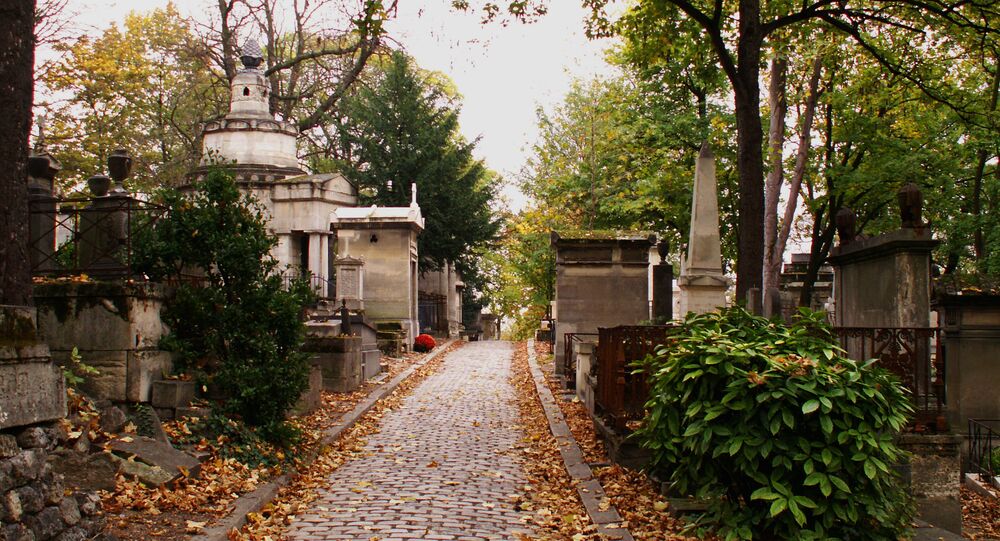 Swedes are known for their penchant for neutrality, tolerance and acceptance of other cultures. Recently, Sweden opened its first neutral graveyard that is completely devoid of any religious and nationalist symbolism.

© Flickr / lukestehr
Copenhagen Gives Go-Ahead to God-Free Faith-Neutral Church
The town of Borlänge in Dalarna County became the first in the country to pioneer a neutral cemetery, Swedish news outlet The Local reported. The cemetery near Stora Tuna Church is open to adherents of different beliefs and atheists. Anyone who wants to be buried on the site are free to decide how their final resting place will look, with the only rule being that no religious or nationalist symbols are allowed. The funeral will take place normally, but without any religious symbols as well.

The idea was the brainchild of local teacher and member of the local Town Council Josef Erdem. Born and bred in Turkish Kurdistan, Erdem was by his own admission influenced by having friends with an array of various beliefs. Previously, Erdem described himself as an adept of "neutrality and freedom," which is why he can imagine being buried in the neutral cemetery himself.

​"Among both ethnic Swedes and immigrants, there are people who do not belong to any religion. There is a need for a neutral cemetery and we thought it was important," Joseph Erdem told Swedish newspaper Dalarnas Tidningar.

© Flickr / Rutger Blom
Lutheran Swedes to Cough Up Millions of Kronor for Papal Visit
According to Erdem, the cemetery was by no means "reserved" for non-believers only. Devotees too could apply to be buried there, as long as they were happy to keep the religious tokens out of sight.

The proposal for the neutral necropolis was presented in the spring, and all formalities with the Church of Sweden, which maintains the graves, have now been settled.

According to Erdem, Sweden can ultimately become a model for other countries, since there many people today who are neutral and don't belong to "mainstream" religions, such as Christianity, Islam or Judaism.

Sweden, traditionally a Lutheran nation, has in recent years become one of the world's most secular countries, with religion playing an extremely small role in everyday life. According to researcher Karin Kittelmann, atheism is today perceived as "default religion," whereas religious people are commonly regarded as "unintelligent" or "mentally ill," Swedish national broadcaster SVT reported earlier this year.

© Sputnik / Vladimir Presnya
Swedes Lost Their Fear of God
Instead, Christianity is a diminishing reality, being gradually substituted by a new faith — multiculturalism. Furthermore, Swedes' propensity for neutrality at all levels has, among other things, affected language use. In recent years, gender-specific pronouns 'han' and 'hon' ('he' and 'she') have been largely substituted by the gender-neutral 'hen,' which sparked a controversy among conservative Swedes. Today, this "newspeak" is widely used in Swedish media.

As for the future residents of the neutral graveyard, they may rest assured that they will be in good company. Swedish tenor Jussi Björling, arguably one of the best in the 20th century and a Borlänge native, is buried at Stora Tuna Cemetery in Borlänge.