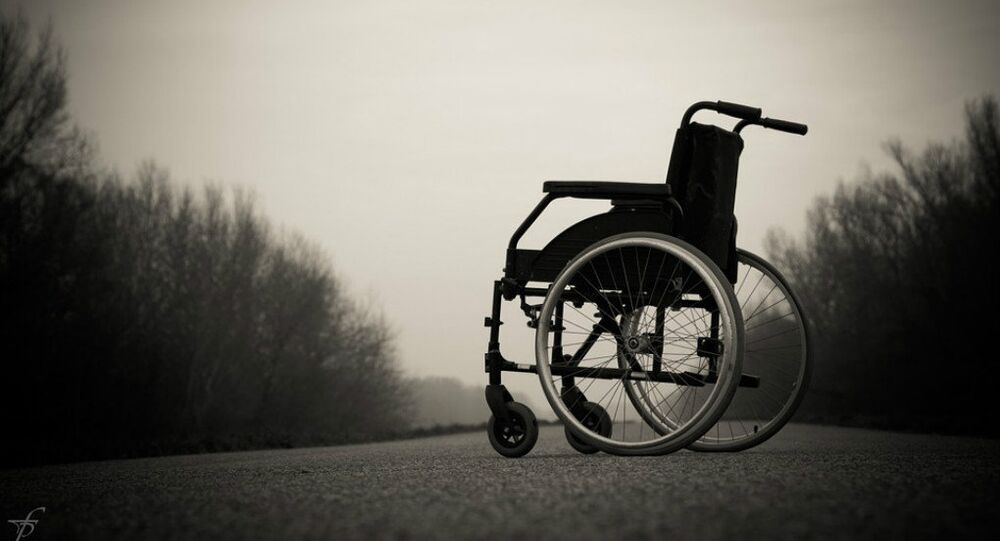 The notorious gang rape in Visby, Gotland, in which a wheelchair-bound lady in her thirties was raped by people with "non-Swedish" appearance, led to some islanders declaring their interest in multicultural development over. As the five men initially arrested for the crime were set free later, indignation among angry locals has risen even higher.

© Flickr / Jorge Franganillo
Sweden to Adopt New Consent Clause to Jail More Sex Offenders
Several police officials, as well as the prosecutor responsible for the acquittals received threats. The assault sparked anger in the town and extra police were called to the island when an angry mob attacked the reception center with rocks.

One of the figureheads of the more peaceful protests was 26-year-old Camilla Sandelius, who organized a large demonstration in support of women and formed a vigilante group, which now reportedly has some 700 members, Swedish news outlet Fria Tider reported. According to Sandelius, the odious gang rape against the wheelchair-bound woman was the straw that broke the camel's back for many Gotlanders.

"I believe that this was the last straw. We cannot take more of it. We have not asked for criminals who attack our women sexually. We have simply not voted for it," Sandelius told Swedish news outlet Fria Tider.

© Flickr / Sigfrid Lundberg
Sweden's Twitter Account Subjected to Sexist Abuse
​Consequently, Sandelius claimed to have received personal threats and was portrayed as "Nazist" and "fascist" in the local newspapers, who were at pains to dissociate themselves from the vigilante initiative. Swedish Radio went even so far as calling the released suspects "scapegoats," showing no compassion for the rape victim. Additionally, Sandelius had to endure a harassment campaign on social media, when people claiming to be supporters of the Feminist Initiative Party assaulted her with all kinds of obscenities and crude remarks.

Subsequently, Swedish liberal left forces joined forces to counter "Nazism" on Gotland. On Sunday, about 300 feminists and refugees launched a counter-demonstration in Visby, Gotland under the slogan "Against racism and sexism." The demonstration, in which even so-called "refugee children" were present, was organized as a means to "take back the city from Nazis" with slogans like "Gotland for everyone's equal value" and "Gotland is a refuge from war and oppression."

​Many outraged Gotlanders thought the feminist demonstration against racism was "untimely," as the memory of the brutal gang rape still lingers.

​Meanwhile, Gotland's politicians have been working at full speed to make the previously almost ethnically homogenous island as multicultural as the rest of Sweden, where up to 1,858,000 or 19.6 percent of inhabitants of Sweden had foreign background as of 2011, according to Statistics Sweden.