Swedish researchers are poised to digitize the original manuscript of Edda, an Old Norse work of literature. The digital Edda is expected to become the basis for all future research into Viking literature in general and Snorri Sturluson's work in particular. 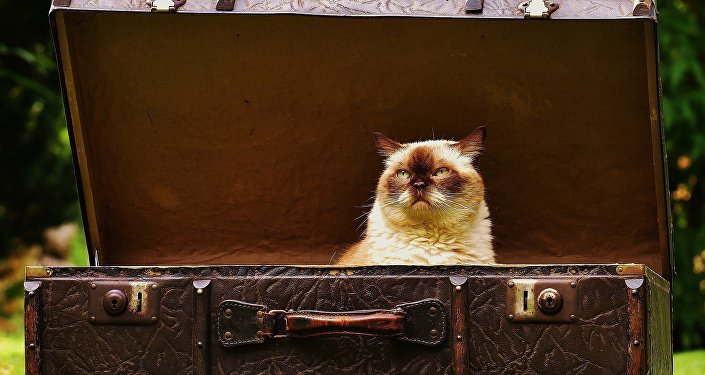 © Photo : Pixabay
Cats Hitched a Ride on Viking Ships, DNA Study Shows
The manuscript, known as Codex Regius, is considered the most comprehensive literary work with regards to Norse mythology and ancient Scandinavia's way of life, and is seen as one of the most important, as well as one of the very few sources of pre-Christian Norse religion.
Edda, also known as Snorri's Edda, Prose Edda or Younger Edda is assumed to have been written, or at least compiled, by the Icelandic scholar and historian Snorri Sturluson around the year 1220 as a textbook for scalds and provides a description of the poetic language and types of verse which were used.

"The myths are cited to explain the imagery available in Norse poetry," Lars Mårtensson, a researcher at the University of Gävle, said in a press release.

Swedish historians, theologians and linguists harbor a keen interest in Edda's original text, as the country's oldest manuscripts mainly contain provincial laws. Unlike Iceland, in medieval Sweden there was no interest in writing about the folk religion, as a close connection existed between literacy and the church. Edda says a lot about the heathen perspective.

​"Indeed, we [Swedes] have our rune stones, but they are mostly from the Christian era, and there are only a few ones with a clear pre-Christian message," Mårtensson said.

According to him, potential users of the digital version will be many.

"A religion historian, interested in a particular Norse god, such as Odin or Thor, will be able to search thought the text and identify any examples of it," Mårtensson explained. "In the past, whenever one would examine a manuscript, one would have to go to the library and work with it in the reading room with gloves on."

© Photo : Draken Harald Hårfagre
Transatlantic Saga: Viking Ship Sails Into New York Harbor After Oceanic Voyage
The Icelandic Codex Regius, where many old Norse poems are preserved, is thought to have been written in early 14th century, after Snorri Sturluson's death in 1241. Today, it is kept in the Árni Magnússon Institute for Icelandic Studies in Reykjavik.

"It so happens with medieval texts that they are almost never preserved in the author's original, but rather as copies. The translations and the ordinary editions are often slightly doctored, with some parts amended for the purpose of readability," Mårtensson explained.

© Wikipedia /
Sämunds Edda (1913), the first edition of Erik Brate's translation from Icelandic to Swedish of the Poetic Edda (also known as the Elder Edda)

In addition to Prose Edda, there is also the Poetic Edda, which is a collection of poems, involving the gods Odin and Thor, as well as stories about heroes, such as Sigurd. The same stories are available in Germanic mythology, where he is referred to as Siegfried. Norse sagas were also used as background material for Richard Wagner's epic cycle "The Ring of the Niebelung."