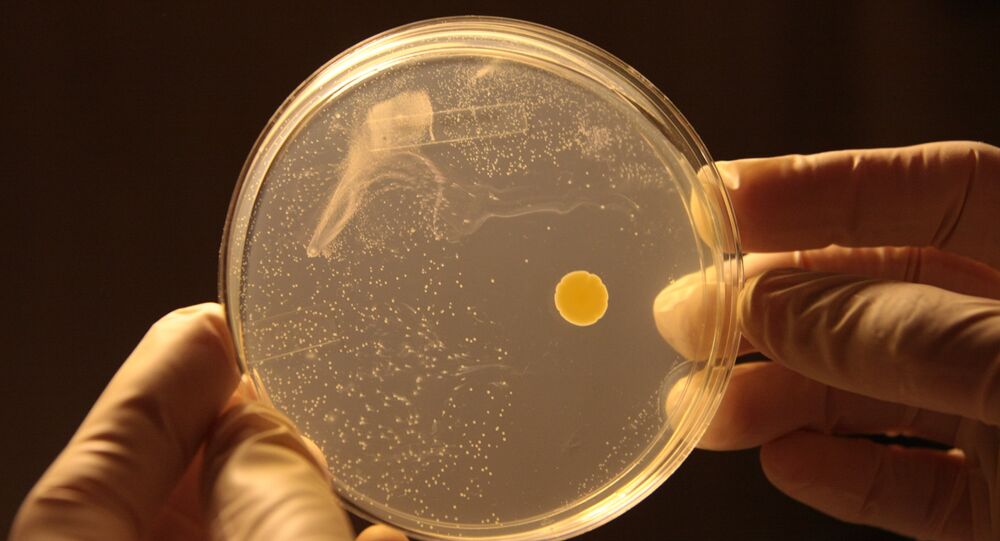 Health organizations around the world are warning that the overuse of antibiotics, by both the healthcare and farming industries, has led to the rise of superbugs - bacteria, parasites and viruses that are resistant to treatment and could kill millions in the foreseeable future.

© AFP 2020 / STR
The Superbug on Your Head: Lice Now Immune to Treatment
The World Health Organization (WHO) stated in a recently-released fact sheet that many newly identified superbugs are resistant to antibiotics, a pillar of modern-day medical treatment. At some point, it is feared, antibiotics may not work, allowing infection and disease to spread freely. Taken to the extreme, unregulated superbugs could throw humanity back to a pre-antibiotic era, in which a simple scratch on the skin can become infected, resulting in death.

Health experts point out that the practice of overusing antibiotics is at fault for the development of antibiotic-resistant strains of disease. People commonly take antibiotics when it is not necessary or prescribed, and many doctors have been known to prescribe them when at a loss as to what other treatment to effect.

© Fotolia / Djoronimo
Killer Achoo! Bacteria From Human Nose Can Battle Deadly Superbug
According to the Centers For Disease Control and Prevention (CDC), antibiotics are prescribed to patients inappropriately in a remarkable 50 percent of cases. Antibiotics are commonly used to treat colds, flus, sore throats, and bronchitis, none of which can be effectively treated in that way.

The food industry also contributes to the growth of antimicrobial resistance in superbugs, WHO said, as factory-farm companies routinely use massive amounts of antibiotics to prevent disease in animals bred for the table.

Meanwhile, superbugs are gaining killing power. A 2014 government-backed Review on Antimicrobial Resistance study in the UK estimated that up to 700,000 people worldwide die as a result of antibiotic-resistant infections annually.

In the US, CDC estimates that over two million people are subjected to antibiotic-resistant diseases annually, with some 23,000 dying as a result. It is estimated that 50,000 deaths in Europe are brought about by superbugs annually. Many of these superbug infections have their genesis in hospitals and healthcare facilities, where antibiotics are used, or overused, in the presence of disease.

Many hospitals are not required to record deaths resulting from an antibiotic-resistant infection brought about by simply going to the hospital for unrelated treatment, making tracking the superbug increase difficult.

In an unprecedented move, the problem was highlighted at a September United Nations meeting. At the end of the summit, the 193 countries approved a decree calling superbugs a "fundamental threat" to humanity and vowing to take as-yet-undefined steps to confront the problem.

To address superbugs and rampant antibiotic use, a global action plan was adopted at the World Health Assembly in 2015, to monitor the effectiveness of drugs in fighting viruses and ensure that medicines are used properly.

WHO has issued a list of precautionary measures to avoid becoming infected with an antibiotic-resistant disease, including the time-honored commonsense procedure of washing hands often during the day.