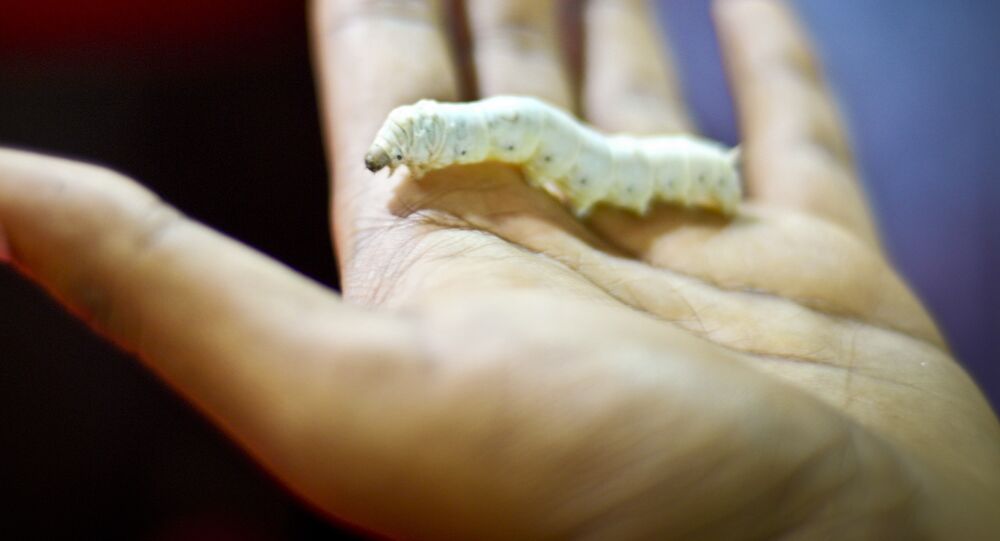 Science Finds Formula for 'Super Silkworms' With Skills of Spiderman

Silk is already a relatively strong material and is commonly woven into clothing. But researchers in China have just discovered a way to make it stronger by genetically modifying the silk-producing worms and making them less caterpillar, more Spiderman.

Yingying Zhang is a chemistry professor at Tsinghua University in China, who has been leading a research team study. They have developed a special formula that is said to "beef-up" the powers of the worm. The process involves feeding them mulberry leaves sprayed with aqueous solutions containing either carbon nanotubes or graphene.

In addition to being twice as strong as regular silk, the modified material produced by the worm were also found to conduct electricity, which isn't usually the case. The team of researchers claim the material can provide useful capabilities for things such as durable protective fabrics, biodegradable medical implants, as well as eco-friendly wearable electronics.

It is unknown as to how exactly the silkworms manage to incorporate the nanomaterials into their silk, and what percentage of the nanomaterials eaten by the worms makes it into the refined silk instead of being excreted or otherwise metabolized. For this, Professor Zhang may be required to turn to biologists in order to help identify the physical process that causes the silk to effectively transform it's own DNA.

Similar silkworm studies have previously been conducted in China, but Professor Zhang's research is said to have quite literally produced the "strongest" results yet.

Real-life Spiderman characters will certainly welcome this latest discovery… as will any adventurists looking for more durable, silky attire on their next expeditions.