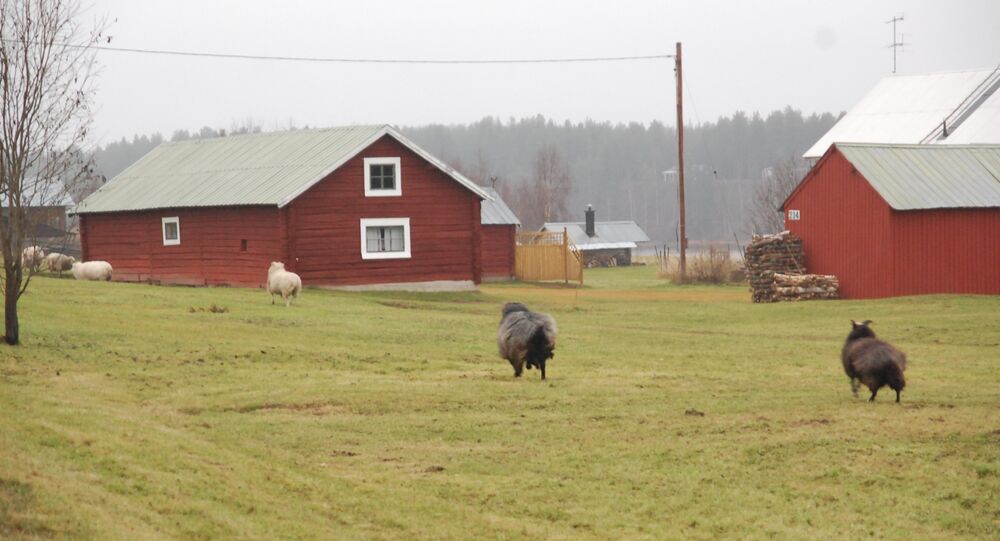 It is a little-known fact that Nazi racial surveys and cranial measurements were carried out in Sweden, a country which would gladly see itself as an ever-neutral champion of human rights. Now, Tornedalians, an ethnic minority in northern Sweden, wants an apology from the Swedish state.

© CC BY-SA 2.0 / Flazingo Photos / Handshake man - women
Gender Equality Meets Muslim Handshake Morality Issue in Sensitive Sweden
The Swedish Tornedalian Association (STR-T) has requested a study from the Culture Ministry, which may potentially result in a state apology for the systematic abuse suffered by the Tornedalians and speakers of Meänkiele in the 20th century.

According to STR-T chief Bengt Niska, racial investigations on ethnic minorities were performed on Tornedalians from the 1900s onwards and continued even after WWII ended in 1945.

"This is something that is rarely admitted, but there were many Tornedalians who were subjected to cranial measurements. The fact is that the people who were subjected to measurements, as late as after World War II, are still alive today," Bengt Niska told Swedish national broadcaster SVT. "It is time that the dark history that befell us will see daylight and finally be documented. The abuse has to be recognized by the state, so that we can finally have reconciliation and move forward to develop a national minority policy," he argued.

© Flickr / stillbild
New Tradition? Nazi Flag Hoisted in Swedish Town on Hitler's Birthday
Despite its famous neutrality and non-allegiance, as well as humanitarian efforts of saving European Jews by providing them Swedish passports, Sweden's part in WWII has a less gallant side.

During the Nazi German invasion of the Soviet Union, Sweden allowed the Wehrmacht to use Swedish railways to transport military personnel, weapons and associated ammunition via its territory. Additionally, Swedish iron ore was sold to Germany throughout the war. This led to British wartime PM Winston Churchill's accusations against Sweden of ignoring the greater moral issues and playing both sides of the conflict for profit.

​Another trait, which all the Nordic countries had in common in the pre-war era, was the passing of eugenics laws in the 1930s. In Sweden, the State Institute for Racial Biology was founded in 1922 with the stated purpose of studying eugenics and human genetics. More remarkable is that some of the controversial laws remained until the late 1970s. Consequently, over 60,000 Swedish women were forcibly sterilized between 1935 and 1976. The most embarrassing fact, however, is that this inhumane law was passed by a Socialist Democratic government, which remained in power for decades and was a forerunner to Sweden's present rules.

​The Tornedalians are descendants of Finns who, from the 14th century onwards, settled in the Torne Valley district in today's Northern Sweden, near the Finnish border. Sweden does not distinguish minority groups in population censuses, but the number of people who identify themselves as Tornedalians is usually estimated at between 30,000 and 150,000. Many of Tornedalians still speak Meänkieli ("our language"), which constitutes a group of Finnish dialects spoken in the northernmost part of Sweden and is recognized as one of Sweden's minority languages alongside Finnish, Sami, Romani and Yiddish.