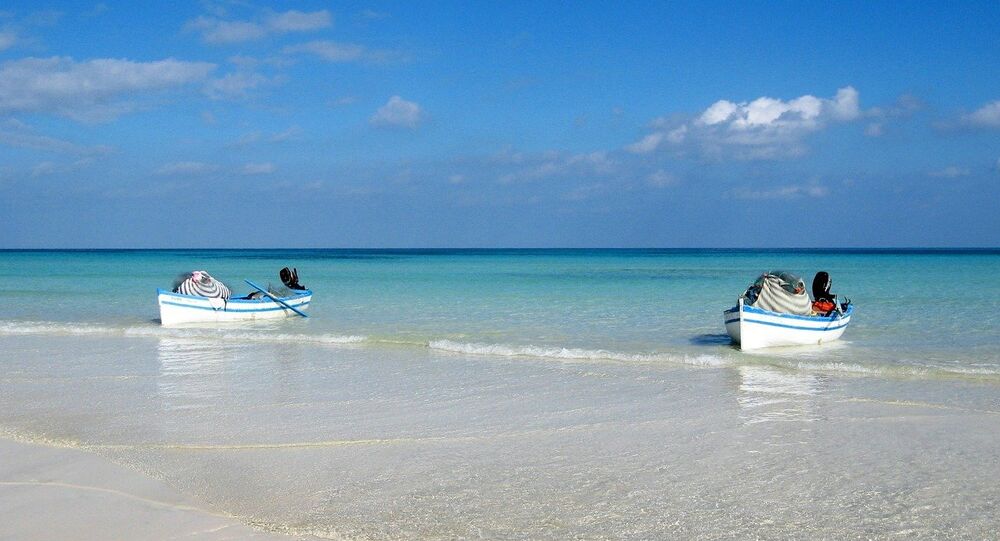 Morocco on Track to Compete With Turkey, Tunisia for Russian Holidaymakers

Twelve new tourism agreements between Morocco and Russia have been signed to attract 85,000 Russian visitors to Morocco in 2016, the head of the Moroccan National Tourism Office for Russia and the Commonwealth of Independent States (CIS), Samir Sussi Riah, said.

© Sputnik / Vladimir Vyatkin
Turkey’s Battered Tourism Sector Hopeful to Mend Rift With Russian Tourists
So far Morocco welcomes around 30 thousand tourists a year from Russia but Sussi hopes this number will rise to 200 thousand visitors within the next three years.

“Considering that from the beginning of 2016, Morocco was visited by over 30 thousand Russian tourists, we can make a prediction that by the end of this year this figure will reach or exceed 60 thousand people,” Sussi told RIA Novosti in an interview.

Sussi added that earlier this year Moroccan experts of tourism predicted that 85 thousand Russian tourists would visit the North African country but regrettably so far these plans have not been fully realized.

For Russians, Morocco is a considerably new tourist destination in comparison with other sunny exotic locations such as Egypt and Turkey, which have been two very popular destinations for Russians.

© REUTERS / Murad Sezer
A tourist couple checks a map, near the Byzantine-era monument of Hagia Sophia, at Sultanahmet square in Istanbul,Turkey January 14, 2016

Turkey's tourism sector also suffered a considerable decline in the number of European tourists after the country was hit by a series of deadly terrorist attacks, including in its capital Ankara and the largest city of Istanbul.

© AP Photo / Thomas Hartwell
Egypt Tourism Hopes Russia to Give Go-Ahead to Charter Flights Soon
However, since the ban on charter flights was lifted earlier in September, a total of 60,000 Russian tourists have visited Turkey.

Another popular destination, Egypt also saw a downward slump after Russia banned flights to and from Egypt after a Russian-operated Airbus A321 crashed on October 31 en route from the Egyptian resort of Sharm el-Sheikh to St. Petersburg as a result of an explosion on board, killing all 224 passengers. The attack was carried out by Daesh, outlawed in Russia.

Despite the tremulous summer, Russian holiday makers were warmly invited to another new destination: Tunisia.

Tunisia is a North African country bordering the Mediterranean Sea and Sahara Desert. It ranked first among foreign travel destinations for Russian tourists in January-May 2016 and it further expects to host over half a million of Russian holidaymakers by the end of the year, Tunisian Ambassador to Russia Ali Goutali, said in an interview with Sputnik in June.

“A significant increase was recorded during the first five months of 2016 compared to the last year as well as 2013, when a record number of 300,000 tourists from Russia traveled to Tunisia. This year we are expecting to host over half a million Russian tourists,” Ali Goutali said.

The Tunisian government has ensured security of the tourists and has implemented various security measures around hotels to protect tourists from any potential terrorist threats.

Jordan has also managed to attract part of this flow with a 554% surplus. Morocco, the Dominican Republic, Georgia and Thailand also took leading positions.

Moreover, some Russians have switched to vacations in their own country with domestic tourism trending in recent years. The most popular beach destinations are Sochi and Crimea.

During the first half of the year the number of Russian tourists going abroad decreased by 28%.

Happy World Tourism Day: Anyone for a War Zone Getaway?