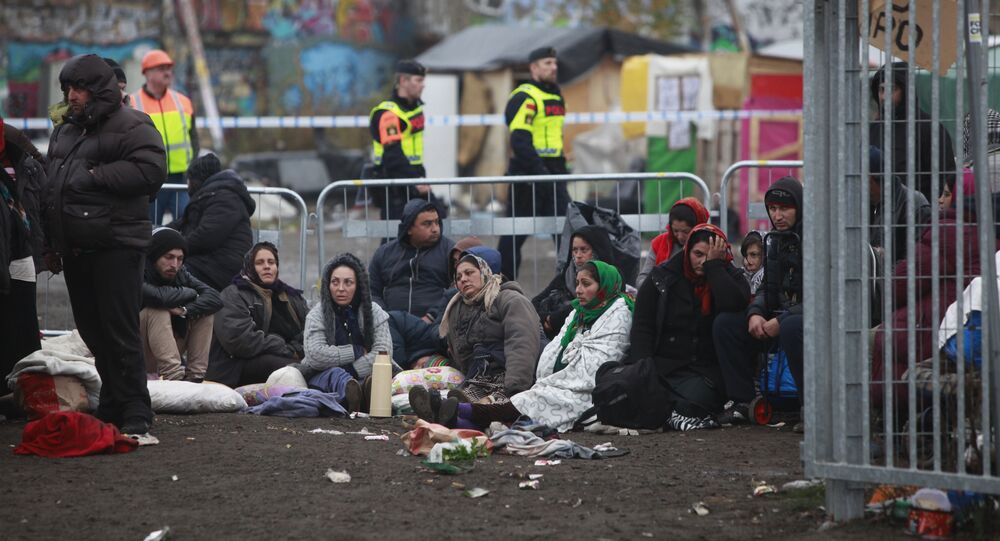 With the acute phase of the migrant crisis seemingly over, the Nordic countries who took a fair share of asylum-seekers have been left with integration problems. Perhaps somewhat unexpectedly, the number of patients seeking psychiatric assistance has increased in the wake of the refugee influx.

© Flickr / Let Ideas Compete
When Jihadi Comes Marching Home: Sweden Braces for Returning Islamist Losers
In Sweden, there has been a marked increase in psychiatric referrals among the so-called "unaccompanied refugee children," a group encompassing asylum-seekers who claim to be underage, Swedish Radio reported.

"This group has increased greatly among our patients," Tove Marthin, chief physician at the Swedish Association for Child and Adolescent Psychiatry's (BUP) branch in the city of Linköping, said.

Although no specific statistics are currently being kept on refugee children, the number of patients with temporary IDs that are given to asylum-seekers has multiplied, Swedish Radio reported. According to Tove Marthin, the most common symptoms include suicidal thoughts and suicide attempts.

"They report anxiety, depression and withdraw from communication. They also have dark thoughts, nightmares and sleep problems," Marthin said.

© CC0
Finnish Reception Centers Report Suicide Attempts Among Miserable Migrants
According to Bjarne Olinder, a BUP manager in the city of Norrköping, patients without a Swedish ID currently constitute around seven percent, which indicates a marked increase. According to Olinder, it may take a while before the mental symptoms finally wear off.

"It has been seen before when people came from war. At first, you rejoice at obtaining greater security in your life. Then, all the dark symptoms kick in," Olinder said.

In late September, even Sweden's eastern neighbor Finland saw a spike in suicide attempts at asylum seeker reception centers. According to the Finnish Association for Mental Health, the incidents were an indication of the despair felt by asylum-seekers. Back in June, Finnish state broadcaster Yle reported that there had been suicide attempts at nearly half of the country's reception centers.

According to Outi Ruishalme, the head of the association's crisis operations center, many of the asylum-seekers who either committed or attempted suicide had been denied asylum in Finland. Ruishalme also noticed that this was a message that Finland should carefully review its immigration policy.

© Flickr / Tommie Hansen
Sweden Advised to Set Up Hong Kong-Style 'Free Zone' for Migrants
According to Swedish scientific institution Research!Sweden, almost one million of Swedes of working age suffer from some form of mental illness. The costs of mental ill-health in Sweden are estimated at 70 billion SEK per year ($8.2 billion), which is roughly equivalent to 2 percent of the country's GDP. Additionally, mental illness is the leading cause of sick leaves in Sweden and accounts for 40 percent of total sick leave costs. The total annual costs to the Swedish society of depression doubled between 1997 and 2005, reaching 33 billion SEK ($3.9 billion). Suicide is the leading cause of death among Swedes in the age bracket 15-44 years. Over 1,000 Swedes choose to take their life every year, which is four times more than die in traffic accidents.

In Finland, which, like its Nordic peers, maintains one of the world's highest suicide rates, depression has become a heavy economic burden. One in five Finns is diagnosed with depression during their lifetime. In 2014, an estimated 37,000 Finns took an early retirement due to depression-related problems. Annual depression-related problems for the Finnish economy are estimated at two billion euros, Finnish national broadcaster Yle reported last year.