An artwork fashioned in the shape of a giant red-and-white pill made of old clothes was presented in Moscow by Chinese Artist Yin Xiuzhen.

The massive art installation is essentially made of old worn clothes donated by Muscovites, with over 200 square meters of red-and-white cloth draped over a frame fashioned into the shape of a giant pill.

The artwork also has an entrance so the visitors of the Garage Museum of Contemporary Art, where this creation is displayed, can literally see the inner workings of this installation. 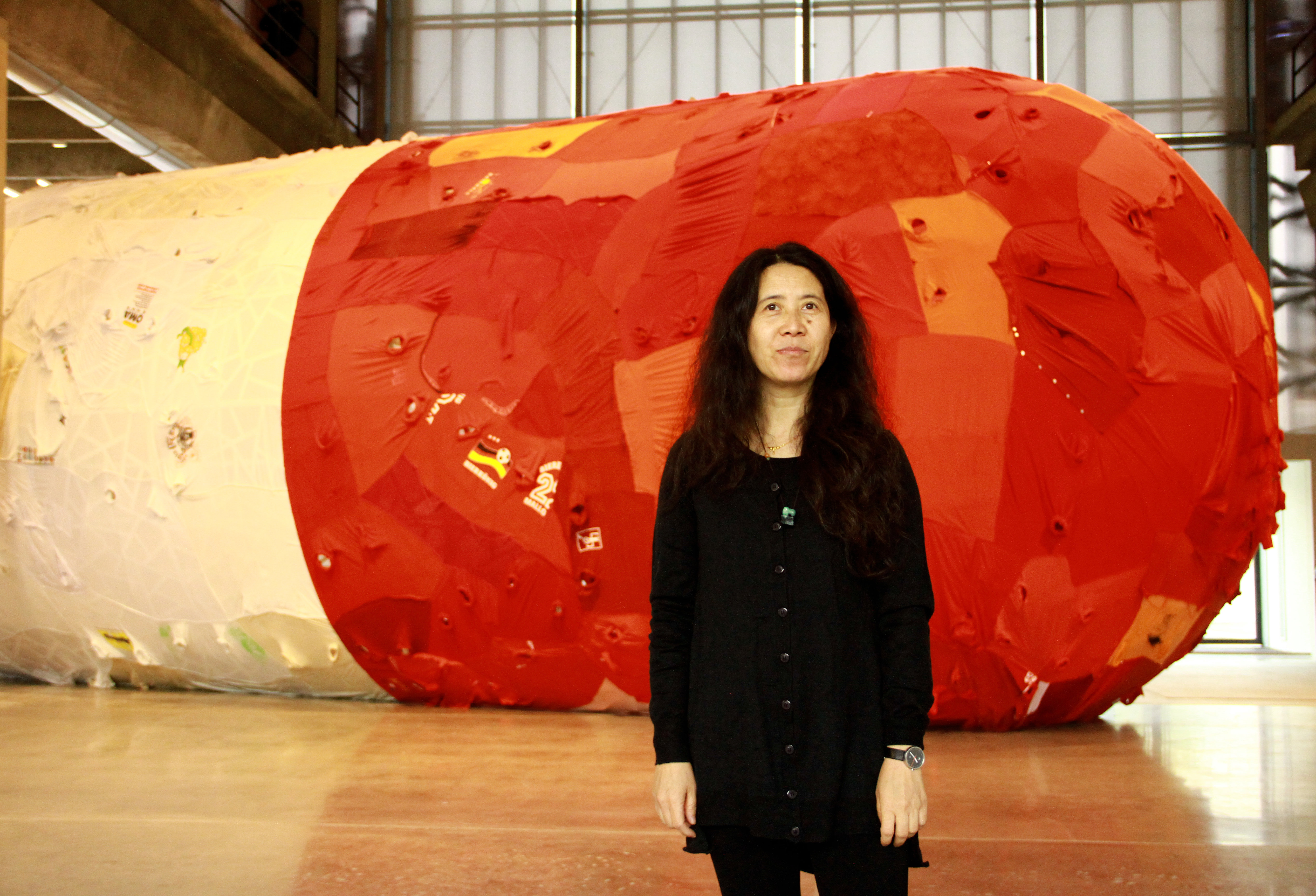 When asked what kind of maladies her ‘pill’ can treat, Yin Xiuzhen told Sputnik that there are different kinds of ailments, physical and psychological, and each requires a specific cure.

"But each cure has an antinomy: if you take the correct dose, it will cure you, but if you take too much, the cure becomes a poison. But by getting inside my pill, a person would at least get cured of autumn blues," the artist remarked.

She also explained that old clothes, a material she has been working with for about twenty years, holds a special meaning for her.

"My mother worked at a garment factory. I remember her bringing home pieces of cloth that she used to cut and patch our shoddy clothes. Our family was poor, and I used to wear clothes previously worn by my elder sister. And when those clothes got too small for me, mother would cut them and sew them anew so they would fit me. I don’t recall us ever throwing away clothes, but when I grew up, I saw how quickly people get rid of old clothes and buy new ones. They buy them, and if the clothes are not to their liking then they just throw them away and buy new ones. I was puzzled by this behavior. What drives people to act like that? Clothes are a person’s second skin! This is how I became fascinated with clothes and started using them in my work," Yin Xiuzhen said.

© Sputnik /
Inside the Yin Xiuzhen's 'pill'

According to the artist, each garment used in her work holds special value.

"It holds a person’s experience, their emotions and victories; each garment took something from the person who wore it. Each garment is unique, basically in the same fashion as humans," she explained.

The project presented by Yin Xiuzhen in Moscow is called Slow Release. She pointed out that people who donated the garments used in the creation of this artwork probably never met each other, but in her pill they essentially created a new society, a new kind of relationship.

"They’re united by this red-and-white pill with curative properties. For me, the pill resembles a system of society, a complex relationship between people. Each pill consists of small granules, thus resembling a society that consists of people. A person can become a cure for society. In other words, we can change society for the better," said Yin Xiuzhen.

Final Show of Circle of Light Festival in Moscow

Two Van Gogh Masterpieces Stolen in 2002 Turn Up in Italy