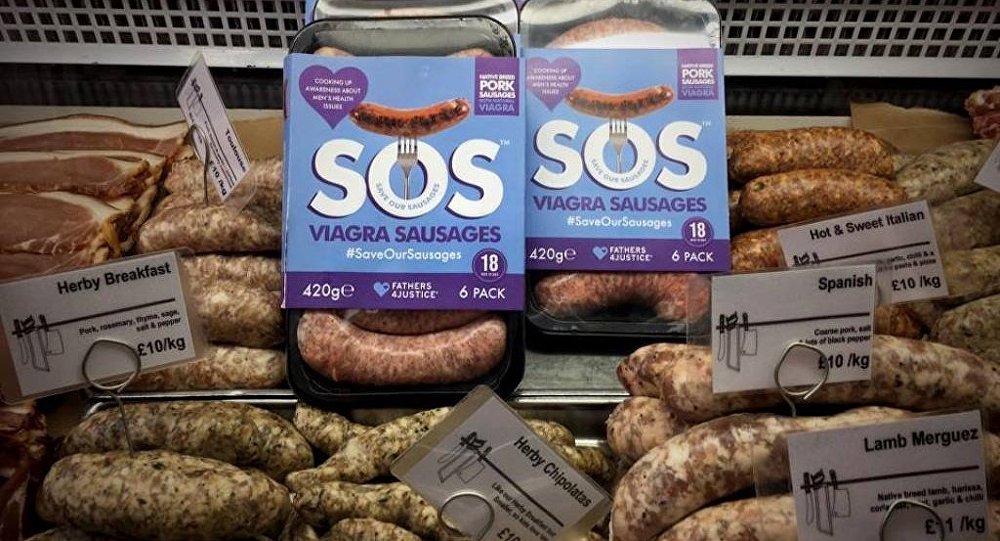 "Fathers4Justice," a group that campaigns for men's rights in the UK and Ireland, are calling for government to appoint a dedicated minister to deal with the worrying rise in male suicide rates and levels of depression, and they are using humor to raise awareness around a number of serious issues.

The latest campaign, called "Save Our Sausages," is the brainchild of Fathers4Justice founder, Matt O'Connor, who has been campaigning since 2001, following his own personal experiences.

"Save Our Sausages (SOS), is just my way of using humor to get people talking about the many serious issues affecting men in our society today. Things such as depression, the rising rates of suicide, low testosterone, cancer deaths and violence are just some areas that we are addressing. As a father of three boys myself, I am just really concerned that there is a growing culture of silence around things affecting men nowadays and we really want to change that," Matt O'Connor told Sputnik on the day the campaign was launched.

"I am very serious about my call for a government representative, who [will] lead a coordinated political response on behalf of mens issues. I fully appreciate and support the need for women's rights and equality to be amplified daily, but there is a missing link to deal with the rising public health emergency with men," Mr. O'Connor added.

The group launched the Save Our Sausages campaign at The Butchery in Forest Hill in London, which is where their own brand of unique sausage were created and now on sale.

Made to a special gourmet recipe, they have named their product "The SOS Viagra Sausages," which are put together using non-processed Welsh pork, seasoning, as well as some added special ingredients.

© Photo : Fathers4Justice
'Save Our Sausages'

With the gusto of a marketing guru, Mr. O'Connor spoke told Sputnik about the range of sausages:

Matt also spoke about how he found solace in humor during his own personal struggles over the years and this is one of the reasons he chose to lead any campaigning with an element of innocent mischief and cheeky entertainment.

"I went through a difficult time following the breakdown of a relationship and I had my own experiences with depression. I found myself going through what so many other men go through with little help available and no one to turn to. I'm grateful I managed to find strength but so many others don't make it through for many reasons. It's time to raise more awareness around the serious issues affecting so many men and help name a difference."

All sales generated from selling the Save Our Sausages range are being donated to a number of men's charities, including the veteran's mental health charity: combatstress.org, Andys Man Club, which helps tackle male depression and checkemlads.com, the testicular cancer charity.

The month of October is also National Sausage Month in the UK and so an apt time to get your orders in.