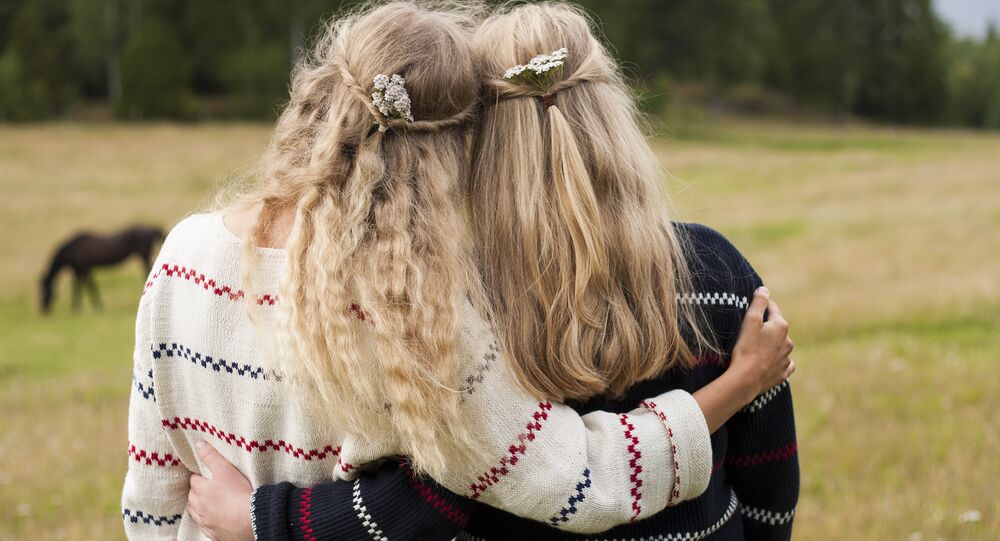 Sweden, along with the other Nordic nations, is commonly associated with blond people. Despite the fact that this stereotype is in fact well justified, blond Swedes, who constitute the majority, often find themselves discriminated against in a country that likes to characterize itself as a crusader of human rights and equality.

© Flickr / Xu-Gong
Sweden to Throw the Book at Rapists to Increase Convictions
According to Ann Heberlein, a freelance writer, author and lecturer in ethics at Lund University, blond Swedes find themselves habitually harassed and sneered at in their own country, despite the Swedish authorities' relentless campaign against discrimination.

In her debate article on the website Ledarsidorna, Helberlein recalled an incident when a middle-aged woman and her teenage daughter (both blondes) were coarsely insulted by a passing driver, simply because of the color of their hair. By her own admission, Helberlein has herself experienced various insults of that kind from "people with non-European appearances," which is why she decided to share this painful experience on Facebook. It turned out that many of her fellow blonde Swedes were able to personally relate to this degrading treatment.

However, in the ensuing debate in the commentaries, Helberlein's experience was questioned and belittled by people who profiled themselves as anti-racists. Helberlein was told to 'keep quiet' and 'stop whining' and was accused of 'thriving in the role of a victim.'

© Flickr / News Oresund
Nordic Facelift: Scandinavian Population Changes Ethnicity
When Helberlein argued that all people, regardless of their gender, ethnicity, sexual orientation and political opinion have the same right to respect, equal rights and public safety, she was informed that she actually had no say due to belonging to the ‘privileged' race that supposedly possessed all the 'power.'

"This train of thought is obviously unreasonable. Racism is reprehensible no matter who is the victim," Helberlein wrote, stating that ethnic Swedes are not spared from racism.

© AFP 2021 / JONATHAN NACKSTRAND
Norwegian Employers Sidestepping Natives in Favor of Low-Paid Immigrants
Although ethnic Swedes officially only represent one percent of all reported hate crimes, a huge number goes unreported for fear of social stigma of the same kind Helberlein was exposed to. Besides, the Swedish public is simply not accustomed to the idea that racism may be directed against the "privileged" ethnic majority.

For this reason, Swedish police are unable to deal with this type of crime. Heinous killer Abraham Ukbagabir, who slew a 53-year-old woman and her son in the notorious IKEA murder, cited the Swedish appearance of his victims as the primary motive, yet the prosecution failed to classify the murder as a hate crime.

By Ann Heberlein's own admission, she would gladly collect her own and fellow blondes' experiences in a book similar to Fanna Ndow Norrby's "Black Woman," where black women talk about the prejudice, insults and racist attacks they've had to suffer.