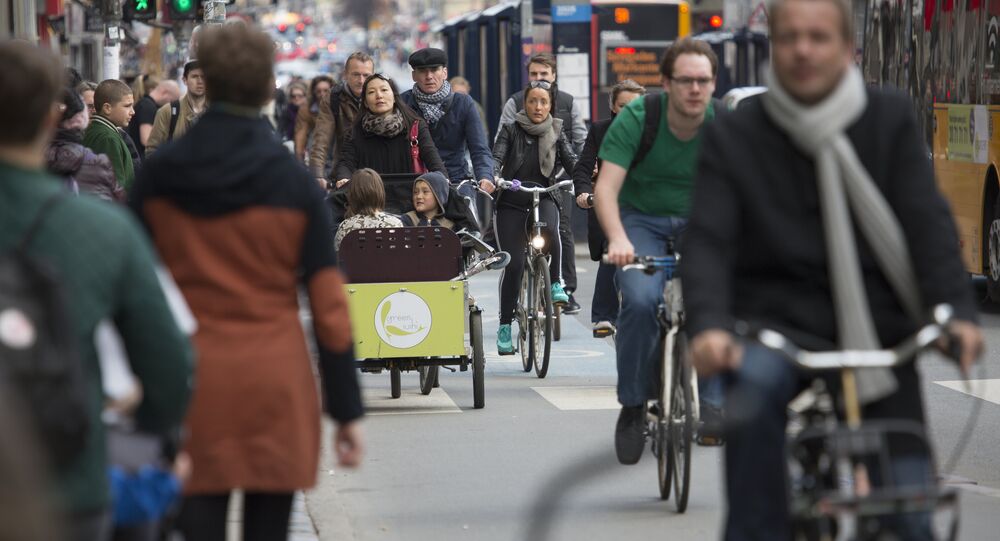 The Nordic countries, which have become world-famous for their welfare states and social programs, have been long experiencing severe demographic problems. With ageing locals being replaced by immigrants at an increasingly higher pace, the Nordic population is becoming increasingly international, whereas natives risk ending up in a minority.

© Photo : Pixabay
No Man's Land: Depopulation of Rural Sweden Beyond Repair
Europe's population is shrinking at a breathtaking pace. In 1955, Europe accounted for 23 percent of the world's population. In 2050, this percentage is expected to drop to seven percent. After World War II, Europeans bred like rabbits and created the vibrant generation of baby boomers for whom families and children stood at the top of the political agenda. Today, most European states have an inverted population pyramid, where children are a non-prioritized minority and the burden of the elderly increases by the decade.

In recent years, Denmark has had a steadily declining birth rate of roughly 1.6 childbirths, whereas at least 2.1 children per couple are needed to maintain a stable population. Additionally, the percentage of the elderly heavily impacts the country's much-praised welfare system. As Danish columnist Niels Peter Rygaard, candidate in psychology and CEO the Fairstart Foundation, sarcastically pointed out, the most important element in a country's economy is a workforce without Alzheimer's.

"In 20 years we will have four times as many octogenarians as today, and walking frame factories are bound to become a future gold mine," Niels Peter Rygaard pointed out in a column in Danish newspaper Berlingske, aptly titled "We Danes will soon become history."

© Flickr / Visit Sørlandet
Immigrants to Secure Norway's Population Growth as Rural Areas Become Empty
According to Rygaard, the Danish authorities' failure to address the country's demographic problems is sending the country directly into the abyss. Like its other Nordic cousins, Denmark has been staking on immigrants as a ready-to-wear solution to breathe a new life in the country's economy. Today, the percentage of Danish citizens with foreign backgrounds exceeds 9 percent in a nation of 5.6 million.

The same point is valid for other Nordic nations. At the beginning of the 1990s, immigrants totaled only 4.3 percent of the Norwegian population. Roughly a quarter of a century later, their percentage has risen to 16.3 percent in a nation of 5.2 million. In Sweden, the percentage of foreign-born nationals rose from four percent in the 1960s to 17.0 percent in 2015.

Finland has so far been "lagging behind" in regards to the percentage of foreign-born, but is rapidly catching up. Among those who are permanent residents of Finland and between the ages of 25 and 44 years, every tenth has a foreign background, recent data from Statistics Finland shows. In the Helsinki metropolitan area, the proportion of foreign-born Finnish nationals rises to one fifth in the same age bracket. Out of Finland's entire population of 5.4 million, 6.2 percent have a foreign background. A total of 85 percent of them are first-generation immigrants, with only about 15 percent born in Finland, Finnish national broadcaster Yle reported.