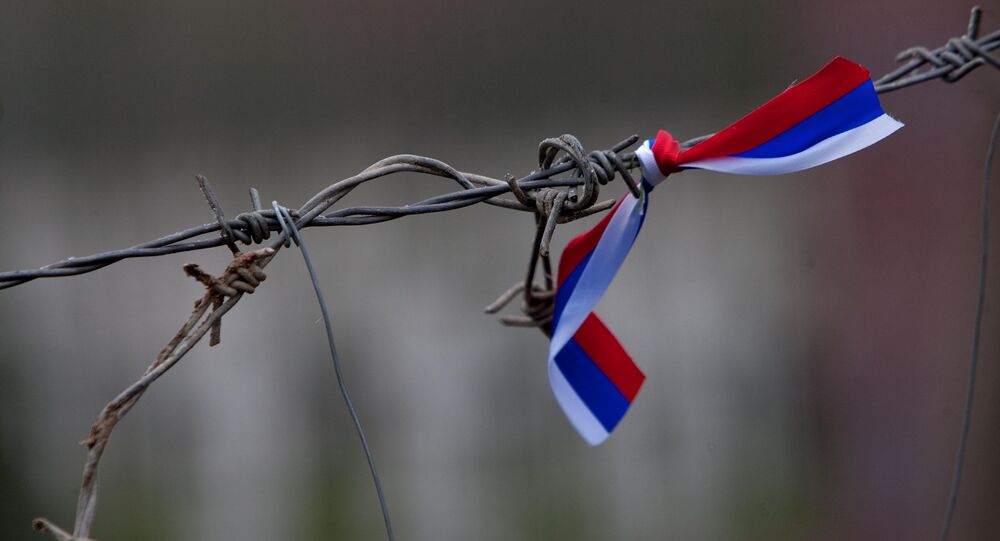 With the relations between Europe and Russia rapidly deteriorating amid reciprocal mistrust and an ongoing sanctions war, many sociologists and culture workers have expressed fears of a new Cold War. Hannu Salama, a veteran leftist writer from Finland, warned his countrymen against drawing a new Iron Curtain against Russia.

© Fotolia / DutchScenery
Flawed Logic: Swedish Writer Knocks Common Sense Into NATO Supporters
When Finnish writer Hannu Salama was born, the Soviet Union had only existed for 12 years. When he turned 55, the vast Eastern neighbor became known as Russia, yet remained as great and powerful. Today, at age 80, Salama sees that Europe is considering re-launching a Cold War against Russia. This, in his opinion, is a mistake.

"Despite the fact that it is quite obvious, EU leaders do not want to admit that they will lose to America and China, superpowers with strong economies in the West and the East, if they do not come together with, or, at least, improve relations with Russia," Salama told Finnish national broadcaster Yle.

​According to Salama, Europe will never make it without Russia and will become a helpless stump. It is all very simple to comprehend: once Russia pulls the gas valve, Poland and Germany will freeze. The European Union is already falling apart, Salama noted, citing the United Kingdom's farewell referendum. The writer suggested that France and Germany may follow suit, unless they establish independent trade relations with Russia.

© AFP 2020 / CORNELIUS POPPE
Angry Norwegians Boil Over 'Anti-Russian' Fence
Furthermore, Salama denounced the media's clichéd depiction of Russian President Vladimir Putin as some sort of monster. He even called the most ardent Putin critics "a flock of lemmings." According to Salama, Putin only defends the interests of the Russian state, which needs a strong leader.

"By the way, the leader of any country does likewise. In the West, there is a great excuse: 'We are spreading freedom and democracy around the world.' The United States uses it at all times, even in wars, waged in its own interest," Salama pointed out.

According to Salama, a strong Russia is only beneficial for Finland's own interests.

"Suppose Russia falls apart. Thousands of refugees will huddle together at the Finnish border. This is one of the reasons I want Russia to remain a strong power. Who else could be in such a position other than Putin, who in Finland is repeatedly painted black as a monster?" Salama asked rhetorically.

kuusinen.deviantart.com
Re-Writing History: Danish Textbook Shows Finland and Norway as Part of USSR
Surprisingly, only one person among Finland's political elite received Salama's praise — Finnish President Sauli Niinistö, who is said to take a forward-looking stance. Earlier this year, Niinistö came under fire from both local Finnish politicians and across Scandinavia for his "too intimate" contacts with Vladimir Putin. Salama lauded Niinistö as a "stubborn Finnish politician," akin to Paasikivi, Kekkonen and Mannerheim. In the aftermath of the World War II, Finnish President Juho Paasikivi established a doctrine of neutrality and neighborly relations with the Soviet Union, which was later upheld by his successor Urho Kekkonen. According to Salama, Finland's mission is to preserve good relations with the West, East, North and South, for which non-alignment is a prerequisite.

Born in Kouvola, southern Finland, Hannu Salama emerged in the 1960s as a working-class writer. In 1966, he was convicted for blasphemy for his book "Midsummer Dances". Despite the fact that Salama was pardoned by Finnish President Urho Kekkonen himself, all subsequent editions of the book were censored until 1990.

​According to Salama, who knows from his own experience what censorship is about, freedom of speech remains a pipe dream even today. Only the opinion of those who have the money to pay for it is being publicized today.

© Flickr / Dennis Jarvis
Silence of the Swedes: Well-Known Writer Condemns Kingdom's Censorship
"When it comes to freedom of speech, it is necessary to remember the four basic concepts: lies, falsification, concealment, and then sound-bites in TV shows," Salama said sarcastically.

According to Salama, who remains loyal to his roots, the working class of today is not the same as it was before.

"The victory of the bourgeoisie has resulted in almost everyone turning into entrepreneurs. They sit in their burrows and talk like the big cheese, even if they only perform work as hired workers," Salama concluded, warning about the bleak message to posterity the world is about to leave.

Doing It All Wrong: Soviet Miracle Treatment for Broken Bones Misused in Sweden