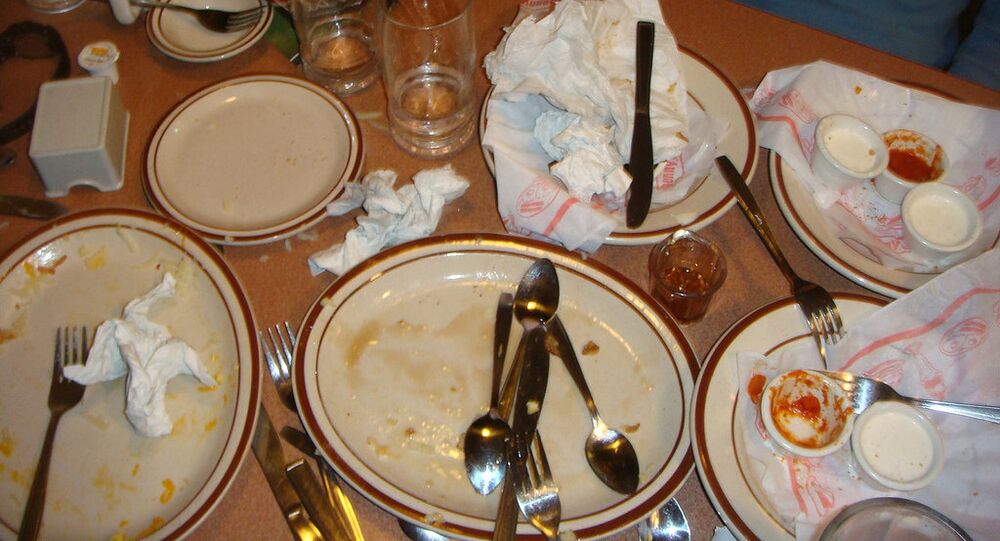 A 44-year-old Norwegian man who has wined and dined without paying in eateries throughout eastern Norway has finally been arrested by police. Now the scourge of Norway's restaurants will have to limit himself to three free meals a day in prison.

© Flickr / Jos
Enjoy Your Meal! Swedish Pine Forests Eaten by Hungry Elk
Previously, the Romerike native with a big appetite for fine dining had been convicted a number of times for ordering food an alcohol in restaurants without paying. After having been barred from all eateries in Skedsmo, Ullensaken and Eidsvold, the serial eater moved on to Buskerud, where he left behind nothing but empty bottles and dirty plates in dozens of eateries.

© Photo : Youtube / VlogTimes #Creative
Norwegian Narrates Nautical Tale of Getting His 'Sailors' Stuck in Ikea Stool
The notorious foodaholic has already an impressive police record, becoming a habitué at Romerike police, who have been arresting him on a regular basis. In August 2015, he was convicted of a number of thefts, after cheesing it with liquor bottles. In addition, he had eaten and drunk at 25 eateries, while also displaying vulgar behavior towards security guards and police officers. The treacherous gourmand was then sentenced to prison for nine months, which became his eighth rap for similar cases.