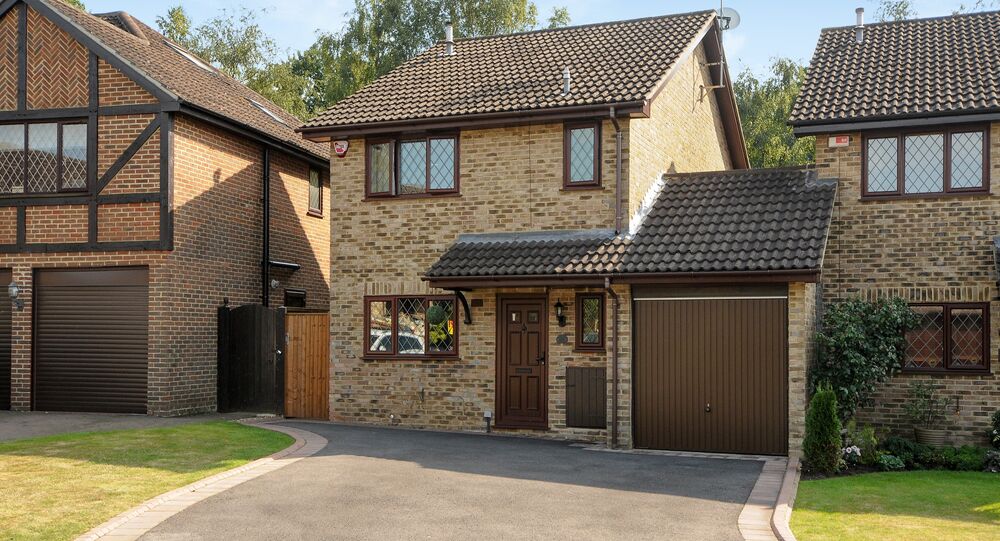 Harry Potter book and film fans rejoice! For a relative sum of US$620,000 (£475,000) you can - quite literally - re-live chunks of Harry Potter history by purchasing the house he once lived in.

If you haven't caught the "Potter bug" over the years, then this will mean absolutely nothing to you. To those who loved and still love escaping into the magical world of teenage wizardry and witchcraft however, this could be the kind of memorabilia your heart desires to invest in.

Prior to the amount of publicity that the sale of the house has generated online, its current owners are said to have been able to manage any local attention received over the years. Yet fans worldwide could well be queuing up with offers to own a bit of Potter history, as well as attracting obsessive pilgrims who wish to get a glimpse of the wizard's home.

In the Potter films the house that has just gone up for sale in real-life was known as "4 Privet Drive" and belongs to Vernon and Petunia Durlsey, Potter's evil aunt and uncle. The young wizard-in-training spent his first 11 years with the Dursleys after he being left on their doorstep as a baby.

The actual address of the house is in fact, 12 Picket Post Close and it is based in a quiet cul-de-sac location in the Berkshire town of Bracknell, UK — roughly 30 miles or so from London.

© Photo : Chancellors
The living room of the Harry Potter house where some scenes were filmed.

Trivia fans would be aware that the property only actually featured in the very first film, "Harry Potter and the Philosopher's Stone" and is remembered as the house where Harry was forced to live in the cupboard under the stairs by his cruel uncle and aunty. The house was later recreated along with the entire street in a film studio and also features at a Warner Brothers film tour in London.

Prospective buyers of the property will need to act fast though as the estate agents are said to be receiving a lot of phone calls.

In a phone conversation with the agents, it was mentioned that in instances where a house becomes popular, the owners could in fact be able to achieve a sale price higher than the market value, if a bidding contest was to occur amongst buyers. It is currently priced at US$620,000. which is said to be fairly relative to the wider market in the local area.

© Photo : Chancellors
The backyard of the house where Harry Potter was filmed.

According to the listing, the home has recently undergone complete renovation to an extremely high standard and is perfect for families. And most importantly, the new owners will also get to make use of the famous cupboard under the stairs for their very own young or grown-up wizards-in-the-making to enjoy.

Chancellors
The house was selected from hundreds across the UK to become Harry's home.

Property prices in the sought-after location of Berkshire where the famous house is located is also said to be rising slowly once again, following the national property slump caused by the Brexit referendum vote in the country.