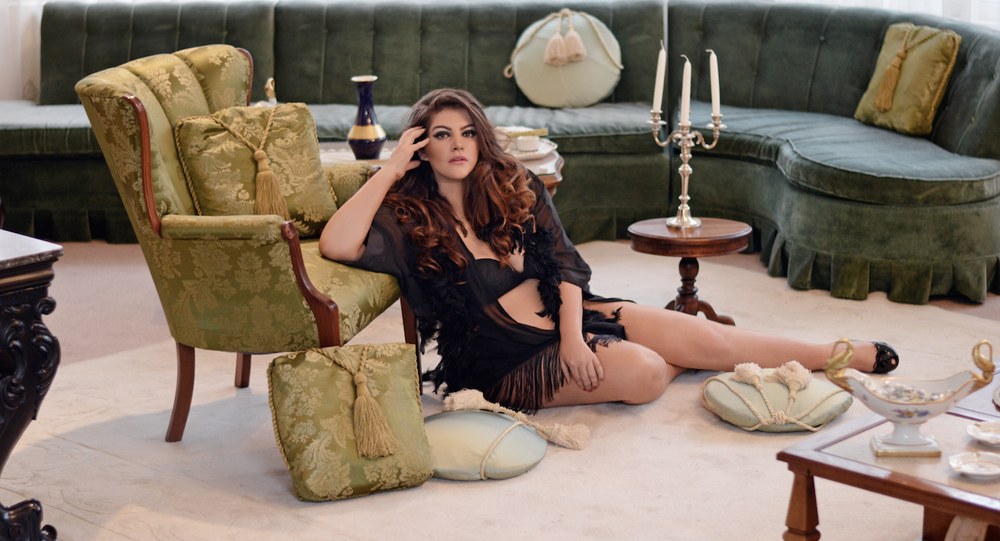 María Eugenia Donoso came into the limelight when she challenged modern beauty standards. Because of appearance issues when she was younger she nearly died. Today she is a successful entrepreneur with her own modeling agency.

Youtube/Peter Sharp
Woman Undresses in Public to Raise Awareness of Body Issues
Donoso managed to recover from anorexia and established the first modeling agency for plus sized women in Latin America. Sputnik spoke with Donoso in an interview.

When Donoso was eight years old, she dreamed of singing in the school choir. However, she was rejected during the casting.

“The school psychologist said that girls with excess weight do not look good on stage. She recommended me to go on a diet,” Donoso told Sputnik Mundo in an interview.

Since then, her struggle with being overweight turned into a mania. “I realized that my weight will not only determine choice of my clothing size, but all of my life,” she added.

When she was 11 she started taking diet pills and at 15 joined a slimming program.

“I subordinated my life to fight against excess weight. At 18, I was convinced that my value as a person depended on my appearance,” Donoso said.

She recalls that she successfully passed several modelling castings but was told that she was larger than the other girls and was told to lose 18 kg.

She started going on strict diets together with her friend. She also took weight loss pills. Unfortunately, her friend passed away due to a liver malfunction and that’s when Donoso realized she needed to change her future.

Donoso asked for help from her parents and weight specialists for a controlled weight losing program. At first things were started getting better for Donoso but then a plastic surgeon implanted a special net that stretched across in her mouth, preventing any consumption of solid food.

“The body suddenly swelled up, tongue festered. The infection went into the kidneys. This was the limit beyond which only death awaited. I realized that this cannot go on. I gave up,” the model recalls.

After this terrible incident, Donoso started a new life. She opened a modeling agency for plus sized models. The agency is called Plus Trends and it is the first of its kind in Latin America.

“I wanted to create a place where there was a friendly atmosphere, where women were no longer facing weight issues. I wanted to show a different image of femininity and beauty, free from stereotypes. To help women reach their potential. For plus sized women to feel attractive.”

Recently, Donoso launched her own perfume and clothing line. The goal remains the same: to fight stereotypes that threaten women's health.

“We are working to make women feel safe and develop our own criteria of beauty. Our company's mission is to bring self-esteem to overweight women. We make stylish clothes for larger women. We can all follow trends, regardless of our appearance,” Donoso concluded.

The Best of the Best of Brazilian Female Fashion Models

‘No Bra, No Problem’: Why Women Are Organizing a Movement Against Bras