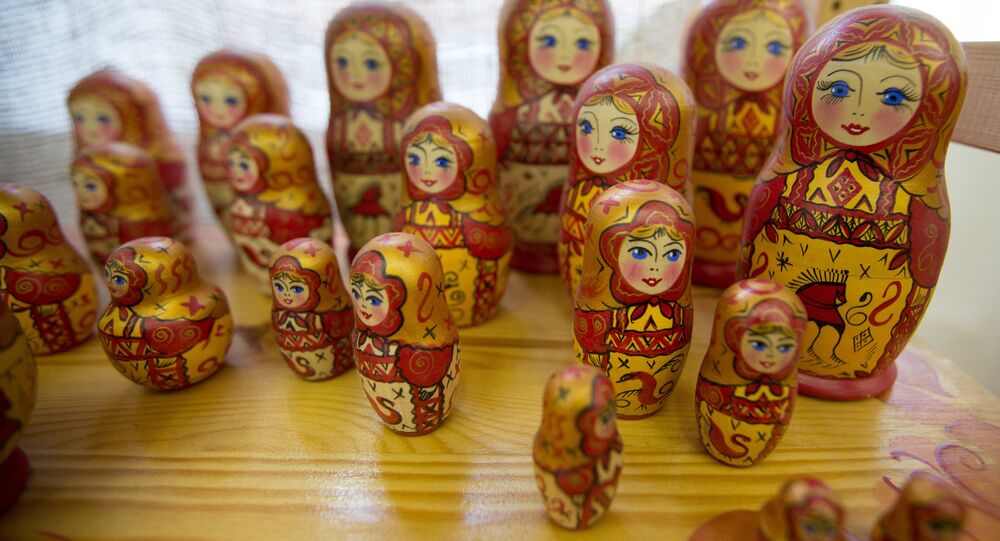 The desire shown by American film-goers to learn about Russian culture comes in part from the importance they place on restoring ties between Russia and the United States, Russian film producer Igor Ugolnikov told Sputnik.

WASHINGTON (Sputnik) — Speaking at a premier showing of his movie "Battalion" on Thursday, Ugolnikov said that "Americans' interest in Russian culture emphasizes that they acknowledge the significant value of restoring US-Russia relations."

"The two nations went through difficult times during the Cold War, but all that is in the past," he stressed.

The Russian Embassy in Washington, DC organized the movie screening at its Tunlaw Theater. Both American and Russian guests were invited to watch the movie, which is a drama based on First World War events.

"Battalion" tells a story about a women-only combat team established to boost the morale of the war-wary Russian army. The movie is the first one to focus on women’s role in that conflict.

Praxis Films
Movie About Whistleblower Snowden by Oliver Stone Set to Hit US Theaters Friday
Ugolnikov noted that Thursday’s showing was symbolic for both Americans and Russians because the movie covers a time period when the two countries cooperated in a joint cause to fight German aggression.

"The showing in Washington, DC is symbolic because ‘Batallion’ depicts the time when Russians and Americans were allies. I believe that we still are partners," Ugolnikov maintained.

The movie producer also pointed out that he supports the Russian Embassy’s efforts to educate younger Americans about Russian culture and history despite recent controversial opinions about Russia in the mainstream media.

"Geopolitical issues shouldn’t stop Russians from bringing our culture to the United States. The current situation prompts us to put even more effort in this field," Ugolnikov said.

He acknowledged that mainstream media could interpret patriotic movies as propaganda because some media outlets claim that the Cold War has reemerged.

© Photo : YouTube/Recep Tayyip Erdoğan
The Leader is Coming: See the Trailer for a New Movie About Erdogan (VIDEO)
"However, those are simply interpretations," Ugolnikov stated.

Since Americans are curious about the evolution of Russian culture, Ugolnikov added, "it is crucial to support this interest by bringing more films, exhibitions, theatrical performances."

The movie "Battalion" has received 42 awards worldwide, including in the United States.

The Carmel Institute of Russian Culture and History began a tradition of screening Russian films and theatrical performances at the Russian Embassy, at the American Institute and other locations around the Washington, DC area. The initiative has already introduced thousands of US students to Russian food, music and movies over the past three years.

No Place for Tensions in Culture: Polish, Russians Team Up on Theater Stage