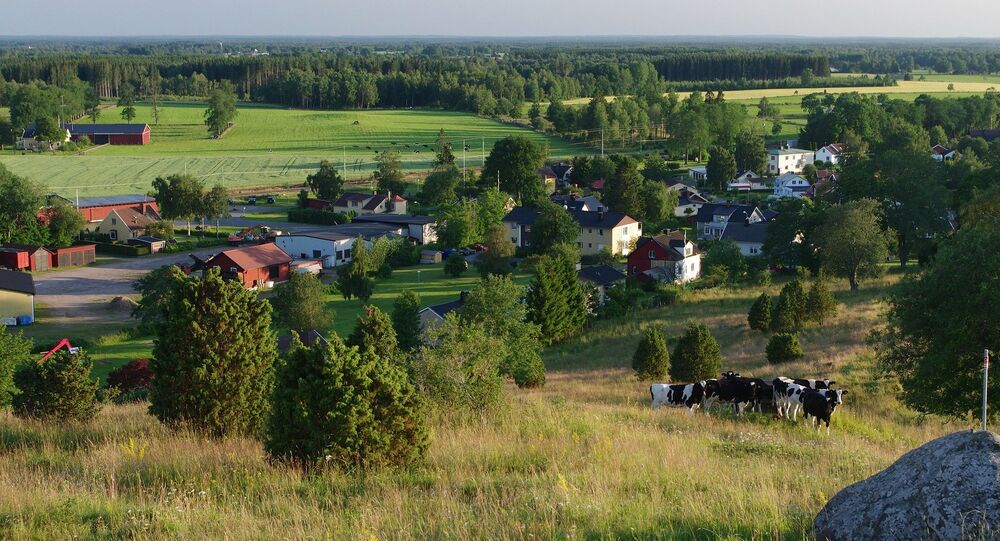 Like many Nordic countries, Sweden has experienced heavy internal migration, with young and able-bodied people fleeing from rural parts of the country to urban areas. The trend has been accelerating, and rural Sweden is expected to lose a third of its manpower by 2030. Surprisingly, Sweden's policy of importing workers from abroad does not work.

© Flickr / Visit Sørlandet
Immigrants to Secure Norway's Population Growth as Rural Areas Become Empty
According to a new report by Sweden's Employment Service, this trend is reinforced by a stronger labor market in big cities that drains smaller municipalities of labor.

"Rural areas will see an increased labor shortage in the next 15 years. It is a trend that will only become stronger. By 2030, rural municipalities are expected to lose up to a third of their working age population," the Employment Service's chief analyst Annika Sundén told Swedish Radio.

Globalization has led to increased international competition. The increasingly specialized jobs are mostly located in big cities, where even jobs in education, health care and social services are situated. According to the Employment Service, urban and metropolitan areas are about to grow further, whereas medium and small municipalities will dwindle. The loss of manpower is expected to peak in rural municipalities at 28 percent.

"This is a pattern that repeats itself year after year. It's a rather alarming figure," Charlotta Mellander, Professor of Economics at Jönköping University told Swedish Radio.

According to Mellander, depopulation is a trend that is extremely difficult to reverse. Once a town becomes too small, it becomes difficult to maintain a network of convenience stores, schools and healthcare. This affects the quality of life of those who are left behind. Mellander's grim prognosis is that many communities will have disappeared altogether in 50 years, as the tendency seems irremediable.

"We have an ageing population. Maintaining services and providing health care to the elderly will be a challenge for smaller municipalities," Annika Sundén noted.

"It may prove a key factor for breaking the downward spiral we are seeing in sparsely populated areas. It may also promote successful integration in the labor market," Sundén said.

However, the same report by the Employment Service showed that but nine out of ten of employed foreign-born Swedes found their jobs in large cities, despite the fact that some of them initially were "assigned" to rural parts of Sweden.