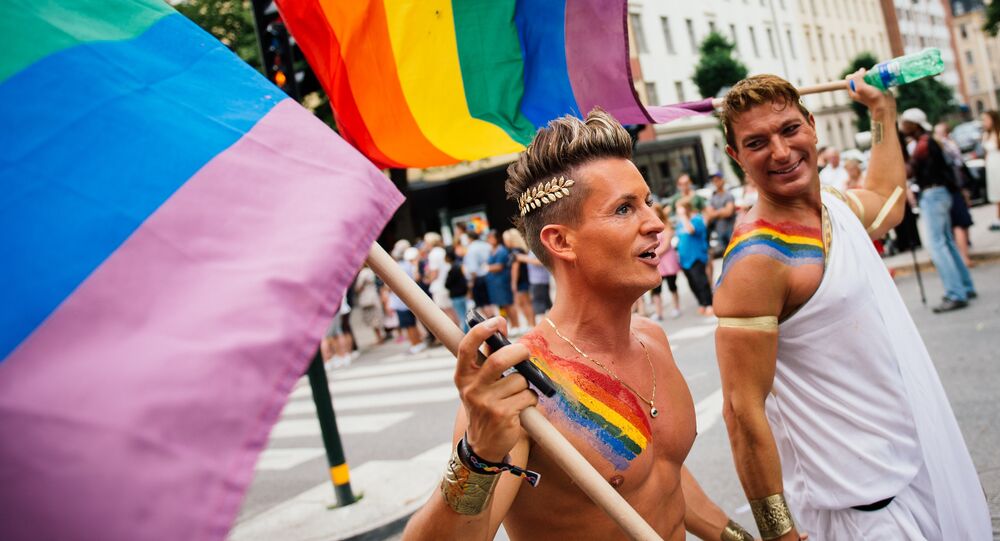 Apparently, more young Swedes are unhappy with their gender, as the number of Swedish adolescents who seek healthcare to make a gender identity investigation is increasing. The unexpected surge has left scientists puzzled and raised previously unexplored legal issues.

© AP Photo
Wife for Rent: Domestic Swedish Prostitution Competes With Foreign Traffickers
According to child psychiatrist Louise Frisén, the Astrid Lindgren Children's Hospital has seen a 100% yearly increase in children and adolescents who are unsure of their gender and looking for medical assistance. In 2012, the Astrid Lindgren Children's Hospital saw only four referrals of this kind, as opposed to 116 cases in 2015. This year, the number of gender identity investigations is expected to increase to at least 200.

"It is so incredibly painful to live in a body one fails to recognize as his or her own. It should not be forgotten that it is also associated with mental illness and a very high suicide risk in case of failure to get access to gender-affirmative therapy," Frisén told SVT.

The upsurge in gender identity investigations has raised important issues that have been seldom encountered before. Since this group is prone to mental illness, it is important that they receive medical help in good time. However, in Sweden it is not permitted to prescribe sex hormones until the age of 16. Consequently, one must wait until 18 to be able to undergo surgery and legally change gender.

© Photo : Pixabay
Stockholm, We Have a Problem: Male Rape Cases Increase in Sweden
Until now, the vast majority of young people seeking gender identity investigation post-puberty have ultimately chosen to change their sex. With the rising trend, however, baffled researchers are finding it harder to reach a conclusion. Likewise, the reasons for the upsurge also remain a mystery.

"More young people may be coming now, because awareness has increased and now they dare. Besides, other community trends may be the reason. More and more people are exploring their gender identity as part of their personality development," Frisén said.

Curiously, more girls are instigating gender identity investigations than boys. In 2015, 94 girls, as opposed to 22 boys started the process.

LGBT rights in Sweden have long been regarded as some of the most liberal in Europe and in the world. Same-sex sexual activity was legalized in 1944, whereas homosexuality was declassified as a mental illness in 1979. Sweden also became the first country in the world to allow transgender persons to change their legal gender after sex reassignment surgery in 1972, the same year that transvestism was declassified as an illness. After allowing same-sex couples to register for partnership benefits in 1995, Sweden legalized same-sex marriage countrywide in 2009. Since 2003, gay and lesbian couples can adopt children, and lesbian couples have had equal access to in vitro fertilization and assisted insemination since 2005.

© Photo : Youtube/Jose R. Simoes
You're in the Army Now! Sweden Considers Gender-Neutral Draft
Swede's all-encompassing support of feminism, LGBT rights and gender neutrality has affected language use. In recent years, gender-specific pronouns 'han' and 'hon' ('he' and 'she') have been largely replaced by the gender-neutral 'hen,' which sparked a controversy among conservative Swedes. Today, this "newspeak" is widely used in Swedish media. The most controversial aspect of the use of ‘hen' is among young children, especially in public schools. The gender-neutral pronoun was championed by preschool Egalia in Stockholm, which specializes in gender-neutral pedagogy.