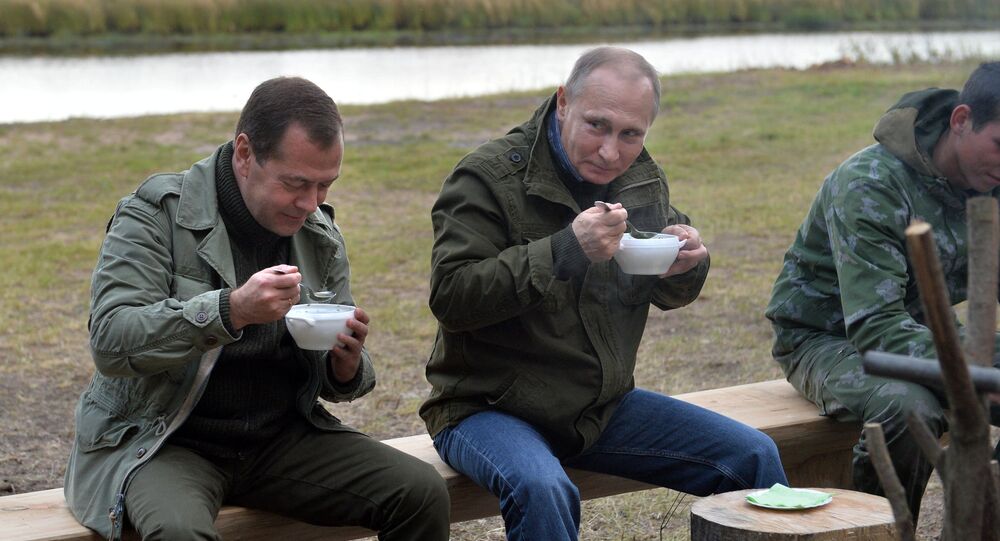 During their boat trip on Lake Ilmen, both politicians met with fishermen who were sitting at a fire and making soup.

The leaders stayed for dinner, chatting with the fishermen for over one and a half hours. The company discussed informal subjects as well as the fishermen's concern such as registration of ships, anti-poaching, fishing support and scientific progress.

"He is such a simple man, more than one can imagine. He knows what to say — in a simple, elegant, beautiful way. He knows how to listen, and how to talk — without any populism, clearly and understandably," fisherman Ivan Pireev shared his impressions of his chat with the Russian leader with RIA Novosti.

The fishermen also said they were very happy about meeting Putin and Medvedev and being able to have an opportunity to talk to them. The leaders also promised to help them resolve their issues.

On Saturday, Putin arrived to Lipno Island in the Novgorod region, where he met with Medvedev informally. As earlier reported by Putin's press secretary Dmitry Peskov, the president and head of the Russian government decided to jointly spend the weekend and enjoy the Russian countryside.