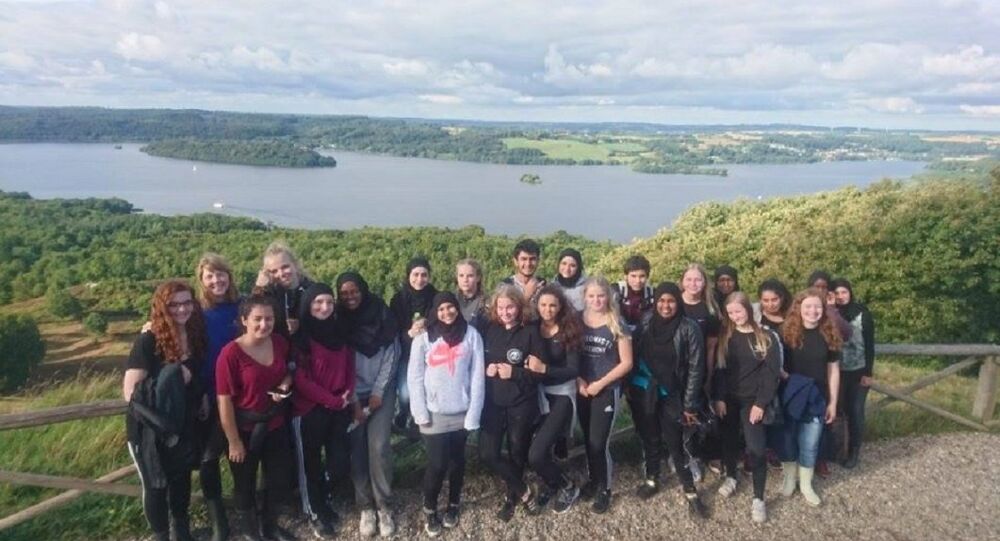 A Danish school stirred outrage earlier this week for supposedly introducing "ethnic quotas." According to school staff, the limitation of the number of "ethnic minority" students is seen as a protection measure, aimed at preserving Danish students, who curiously have ended up as a minority themselves.

© Flickr / Claus Tom Christensen
'Recipe for Integration'? Segregated Swimming Hours Big Hit in Denmark
The Langkær school outside the city of Aarhus reportedly divided its first-year students into seven different classes, yet maintained a 50 percent limit on the number of ethnic minority students in three of them. The remaining classes consisted solely of students with an immigrant background.

According to the school principal, Yago Bundgaard, who vehemently denied all allegations of discrimination, the aim of the quotas was to promote integration by preventing the dwindling number of ethnic Danes from leaving the school altogether. According to Bundgaard, the school had seen the number of students with a foreign background rise from 25 percent in 2007 to 80 percent for this year's first-year students.

"In order to ensure real integration, we need to have a sufficient number of representatives of both groups," Bundgaard told Danish Radio, describing the measure as a "least bad solution."

Turkish-born commentator and former lawmaker Özlem Cekic promised to report the school to Denmark's Board of Equal Treatment.

"When a principal isolates the brown children from the white, it is part of sending a signal that the whites must be protected from the brown," she wrote on Facebook.

On the other hand, Danish Education Minister Ellen Trane Nørby said that she had requested a report from the school to ensure that the law was being upheld, but that she was also looking at introducing legislation to make upper secondary schools in Denmark more ethnically mixed. According to her Facebook post, Denmark's fundamental problem is "having ghetto schools with a too high ratio of students with a different background than Danish."

​"You have to create an environment where the Danish students are not in the minority," Niels Egelund, a professor at Aarhus University and one of the supporters of the division, concurred. He went on to support Bundgaard by stating that he would have done the same, had he been principal.

© Flickr / Let Ideas Compete
Tip of the Iceberg: Segregated Swimming Hours All the Rage in Sweden
According to Brian Esbensen, Master of Science, specializing in development and international political conditions, the division rather rests on class than ethnicity, as most of the young people at Langkær school were born and raised in Denmark, have Danish passports and even speak fluent Danish with an accent typical of Aarhus. Nevertheless, the upper middle class children (or more likely their parents) do not want to mingle too much with the underclass, Esbensen wrote in an opinion piece in newspaper Politiken.

The phenomenon Denmark is experiencing is commonly referred to as "white flight" and is not uncommon in the Nordic countries.

In neighboring Sweden, native Swedes begin to move away from residential areas, once overseas immigrants made up over four percent of the residents, a study from Linneaus University showed last year. A dissertation at Örebro University, Sweden, suggested the same pattern in choosing schools. Despite pledges of tolerance and multicultural environment, the majority of Swedish parents still prefer a "sufficiently Swedish" environment for their children's own safety.

Over the past years, housing segregation has increased in the whole of Scandinavia. Schools only reinforce segregation by becoming even more divided than residential areas.