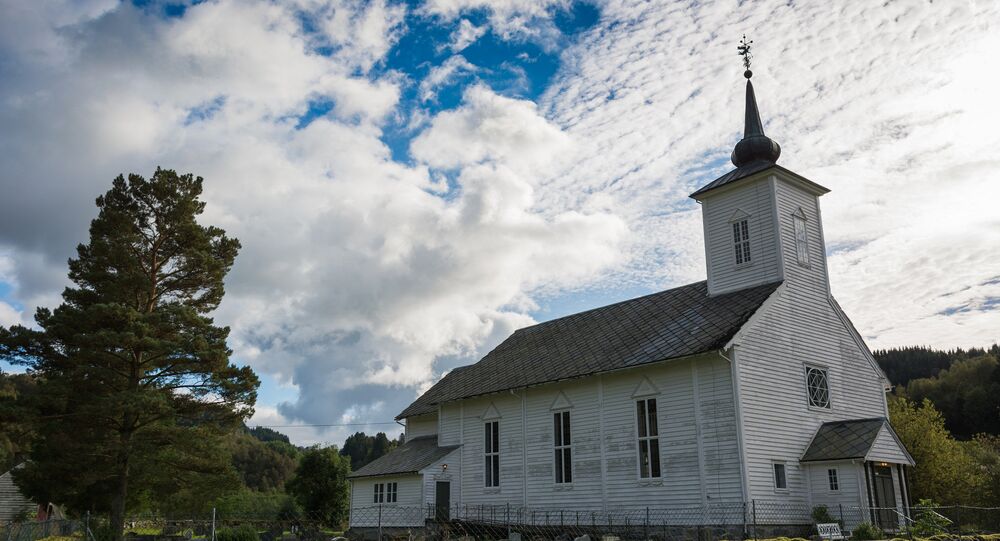 With the number of church-goers rapidly shrinking across the whole of Scandinavia, Norway has experienced the largest exodus from its churches in years. In August alone, the Church of Norway lost over 25,000 members, which is quite a large flock in a country of 5 million.

© Flickr / Jorge Láscar
Losing My Religion: Muslim Apostates Land in Mortal Danger in Sweden
The overwhelming majority of the apostates availed themselves to a web page that was launched in mid-August which allows people to easily withdraw from the church. Interestingly, the unfortunate webpage was initially aimed to provide Norwegians with the opportunity to verify their status within the church and join. However, only 1,177 Norwegians used the site to join the congregation, while 24,653 used the webpage to "unsubscribe," the Church of Norway reported, obviously regretting its decision.

Despite the alarmingly shrinking figures, Helga Haugland Byfuglien, the head of the Norwegian Bishops' Conference, declined to characterize the trend as a "mass exodus."

"The number of withdrawals must be seen in relation to the large number of members of the Norwegian Church," Haugland Byfuglien told Norwegian national broadcaster NRK.

© AFP 2020 / JOHN MACDOUGALL
Money Loves to be Counted: Church of Denmark Losing Its Flock
According to her, the church's new tool to facilitate signing up and leaving was destined to come into media's spotlight, which is why the church was prepared for a large-scale departure.

"We have great respect for the people's individual choice," Haugland Byfuglien ensured.

Jens-Petter Johnsen, the head of the Church Council, acknowledged that 25,000 was a giant number, but nevertheless predicted that August's exceptional figures would be a dramatic anomaly.

"We anticipate the withdrawal figures to go down dramatically as the media attention dies down," Johnsen told Norwegian Christian newspaper Dagen.

The Norwegian Church numbers 3.9 million members, including Norwegian expats. So far this year, the church received a total of 34,331 withdrawals as opposed to only 2,035 new enrolments.

© Sputnik / Vladimir Presnya
Swedes Lost Their Fear of God
By law, all children who have at least one parent as a church member are automatically registered as members. At the end of 2015, 72 percent of Norwegians were registered as members of the Church of Norway, which marked a 13 percent drop compared to 2000. Despite the fact that baptism, confirmation and wedding rites all play a strong cultural role in the whole Scandinavia, Norway emerged as one of the most secular countries in the world, with only 3 percent of the population attending church on a regular basis. Only 20 percent of Norwegians acknowledge that religion occupied an important place in their life.

Until four years ago, the Lutheran Church of Norway was the country's official, state-funded religious institution, but a drive to separate church and state resulted in a parliamentary vote to cut ties between the country and the church in May, 2012.