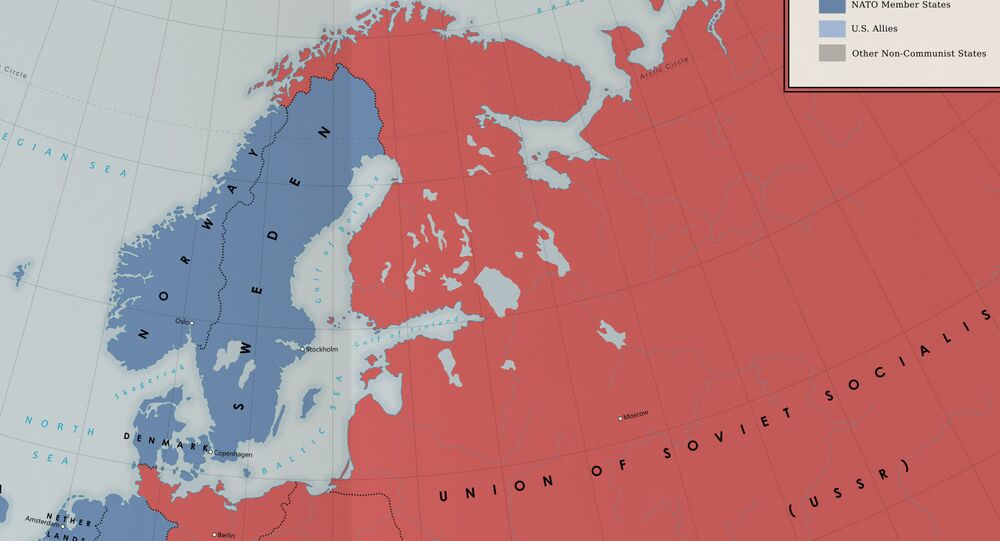 The Danish publishing house Lindhardt & Ringhof has made a historic mistake, accidentally making northern Norway and Finland part of the Soviet Union in its most recent textbook, which contains other substantial errors.

© AP Photo / Alastair Grant
World Chess Champion Chastises Norway's Political Correctness After Trump Snub
The Danish textbook, written for high school students and aimed at teaching history, religion and social studies, features a map of the Cold War era, marked by both artistic freedom and historic mistakes. In addition to displaying northern Norway and the whole of Finland as parts of the Soviet Union, the notorious map listed the West-German state of Schleswig-Holstein as part of East Germany. In the Mediterranean, Greece, alongside with the previously unknown "Balkan Federation," obviously an amalgamation of Albania, Yugoslavia and Bulgaria, fell under the category "other communist states." Lastly, Turkey (a NATO member since 1952) was marked as "Soviet ally" together with and large swaths of the Middle East.

Later, it turned out that the publishers had availed themselves of a fictional map, which was published on the website Deviant Art by Icelander Andri Jónsson under an alias, Kuusinen, and featured an alternate version of the Cold War in the 1960s. Remarkably, Otto Wilhelm Kuusinen was the leader of the Finnish revolution in 1918 and the subsequent, very short-lived Finnish Socialist Workers' Republic until his flight to the Soviet after the defeat of the Reds in the Finnish Civil War.

"Naturally, I was surprised and I also think it's very, very strange. I do not understand how this could happen. But first and foremost, I think it's funny," Jónsson told Norwegian broadcaster NRK.

© Flickr / US Army Europe Images
Finland Paints Russia Black and Inches Closer on NATO
However, the erroneous map has triggered a heated debate on the publisher's Facebook page, after an observant reader pointed out that the map was not consistent with historical facts. In the comments thread, Stefan Dybdal Emkjær, the publishing editor responsible for the humanities and social sciences, admitted that the map contains the "wrong colors."

"First I got the feeling that the publisher had not looked properly at the map, that it was a mistake that was made in haste. But then it turned out that the editor knew very little about history. It is strange that the editor of a textbook on history can ignore such things," Jónsson said. "I'm almost missing words, even in my native language, to describe the lack of professionalism that was displayed," he told the Danish newspaper Politiken.

According to Emkjær, the editor responsible for the historic error was looking for a map illustrating the division of Europe in two and happened to overlook the details. He also stressed the fact that the authors of the book had originally suggested another, historically accurate map.

Emkjær assured the Danish newspaper Politiken that no high school students have used the book, which was still being checked by teachers. The sales of the book were subsequently stopped, and the company promised to release a new version with the corrected information.