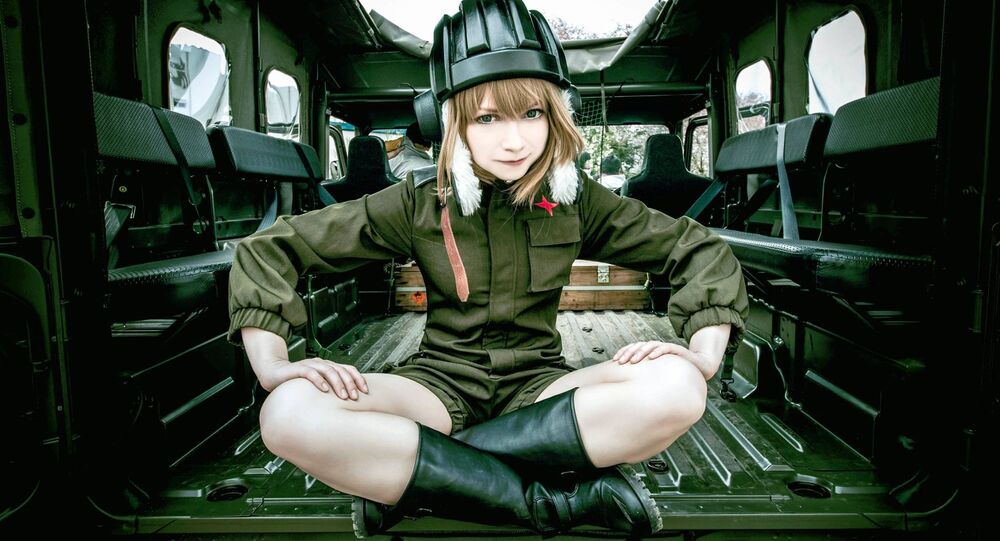 A group of enterprising female students and cosplayers are set to open the first Russian maid café in Japan.

Several female students from Moscow who are currently studying in Tokyo came up with an idea to open a maid café staffed exclusively by Russian girls.

The fundraising effort launched at the Japanese crowdfunding platform Campfire has already accumulated 2.7 million yen (about $26,150), vastly surpassing the intended goal of 200,000 yen (about $1,937) in just five days.

The head of the startup, a Russian student and accomplished cosplayer called Nastya (known also as Nastyan in cosplaying circles) told Sputnik that at first she was a bit afraid coming to Japan as a foreign student, even though she had previously visited the country as a tourist, but eventually overcame her fears and got used to living in Japan.

"Once I was a language school student, and now I am a café manager. I have an opportunity to meet fantastic people and to visit interesting events. Unfortunately, complications do arise sometimes, but I won't give up and will do my best to ensure our café thrives," Nastya said.

Takuya Omori, Nastya’s Japanese partner in the café venture, explained that she met Nastya while scouting cosplayers in Moscow 3 years ago. And when last year Nastya suddenly decided to visit Japan for a prolonged period of time, they came up with this idea as, among other things, it was a good way for the Russian girl to obtain a working visa.

"Russian girls are famous in Japan for their beauty, and Nastya is an excellent cosplayer and a cute girl whose looks are very appealing to the Japanese audience. And since right now there are no Russian maid cafes in Japan, we decided to start our own," Omori explained.

​According to Omori, the café will be staffed by three Russian 'maids' – "Nastyan, Alyo-Senpai and Usagi-san" — and will be serving "homemade Russian cuisine: borscht, piroshki, vodka, Russian beer and more."

The café is scheduled to open early in October.