In 2015, Norway and Finland saw a dramatic spike in the number of asylum-seekers, many of whom arrived via the Arctic route through polar Russia. Many local media snatched the opportunity to blame the migrant crisis on Moscow's crafty designs. Now, Norwegian researchers have disproved this absurd thesis.

© Sputnik / Dmitry Vinogradov
Norway Terminates Large Refugee Center as ‘Arctic Route’ Falls Into Disuse
According to a recent report by Norway's Fridtjof Nansen Institute, the migrant crisis that started a year ago was not part of a "Russian hybrid war." Instead, numerous asylum-seekers were attracted to Norway and Finland by the cheap and safe travel route, which compared favorably with the costly and dangerous voyage through the Mediterranean Sea.

Last year, Norwegian border officials raised their eyebrows at the surging number of asylum-seekers cycling in from Russia's adjacent Murmansk Region. In late 2015, about 5,500 asylum-seekers arrived in Norway via the Storskog border crossing point, most of them hailing from Syria. Norway subsequently closed its borders, whereupon the migrants switched to Finland, which took in around 1,700 asylum-seekers, mostly from Afghanistan.
Following the unexpected influx from East, a number of high-ranking Norwegian and Finnish politicians blamed the incursion on Moscow's scheming.

"This is Russian hybrid warfare against Norway. The reason is that we are a NATO country which shares a border with Russia," an anonymous security source told Norwegian news outlet Aldrimer in November 2015.

This erroneous belief was later shared by none other than Finnish Defense Minister Jussi Niinistö.

"We're not officially at war, but we can see some hybrid operations in Finland as well. One of them is that the eastern border is leaky," Niinistö told Finnish newspaper Hufvudstadsbladet in January 2016. 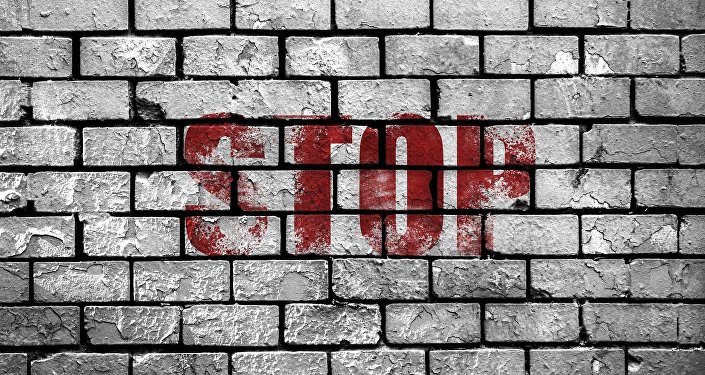 © Photo : Pixabay
Norwegian Gov't Set to Continue the 'Build a Wall' Trend to Keep Out Refugees
Subsequently, Russia, Finland and Norway worked out an amicable solution that involved a temporary border closure for all third party nationals, whereupon the stream of asylum-seekers dried up. Despite that, some observers claimed that Russia deliberately channeled migrants towards the north and even changed procedures in their border zone to facilitate the wave of migrants.

Norwegian researchers Arild Moen and Lars Rowe of the Fridtjof Nansen Institute refuted suspected Russian involvement, hybrid war or altered border controls. According to their research, the simple and most convincing explanation is the self-interest of migrants, who found a cheaper and less risky route.

Knowledge of the Arctic route via Murmansk spread quickly to crisis-ridden countries in the Middle East. According to the report, photos of refugees cycling their way to Norway appeared in Syria through a Russian TV channel. By their own admission, refugees had to pay a $2,500 for a trip via Murmansk, whereas the perilous voyage to Greece would have cost $18,000.

© Flickr / denisbin
Norwegian Minority Report: Xenophobia Justified by Crime Statistics
This obvious conclusion was backed by Markku Kivisen, the head of the Helsinki-based Aleksanteri Institute. According to Kivisen, speculations of hybrid warfare are beneath criticism in light of the Norwegian research.

"After all, all does not depend on Putin," Kivisen told Finnish national broadcaster Yle.