© AFP 2019 / ODD ANDERSEN
Slippery Slope: Denmark Bets on Mosques to Promote Integration
According to the behavioral study of 13,000 preschool-aged children, a five-year-old child of non-Western immigrant parents is, on average, likely to have a clearly less developed capacity for empathy, is less able to work with others, and has a harder time expressing his or her feelings than three-year-old Danish children.

The study "Children's early development and learning," presented by the University of Aarhus and University of Southern Denmark, has raised concerns in Denmark. The researchers themselves have called the results "extremely worrying," the Danish newspaper Information reported.

"I do not think this is surprising for those teachers who work on a daily basis with children. But for many others, the results may actually appear shocking. There are marked differences between these groups of children and it is important that we are aware of them when we develop educational work in Denmark," Professor Dorthe Bleses of Aarhus University told Information.

Apart from poorer social skills, the report also revealed that children of non-Western parents are statistically worse at Danish and have an inferior understanding of mathematics as well.

© AP Photo / Ernst van Norde
Danish Opposition Parties Want to Keep Unruly Minors Housebound in Asylum Centers
"From a purely linguistic point of view, it is fully expected as it takes longer to learn two languages than one, as is often the case in non-Western families. But it is striking how many children actually reach school age without having the necessary Danish language skills," Bleses pointed out.
Another explanation may be cultural differences, as non-Western families often have different perceptions regarding child-rearing and what constitutes good social behavior towards other children, Hanne Nielsen of Rambøll Management Consulting pointed out.

Immigrant children are therefore an average of two years behind in their mental development compared with their Danish peers, according to the study. In addition to short-term problems, this is also likely to have an adverse effect on their future, as they may be predisposed to criminal behavior later in life.

"These kids start off with a bad hand, and when they enter the education system there is a risk that they cannot handle it. If they either drop out or otherwise fail to complete their education, it becomes a problem," criminologist Linda Kjær Minke at the University of Southern Denmark told information. 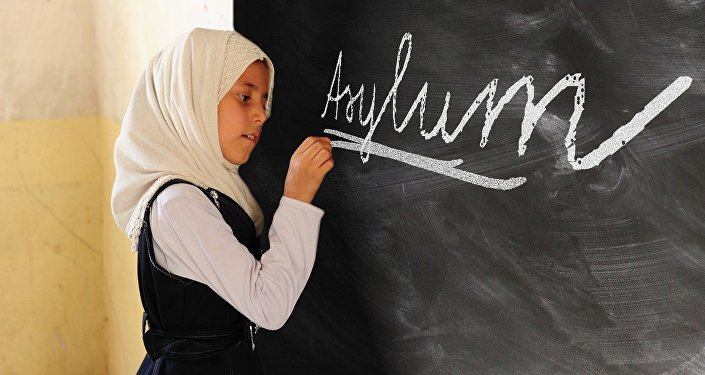 © Photo : Pixabay
Sink or Swim: Danes Forgo Prep-Classes for Refugee Kids for Total Immersion
The report is part of the development program, Future Daycare, and is one of the largest of its kind. A total of 13,000 children and 400 child-minders have participated in the four-year project, spread over 140 institutions in 14 municipalities. The program was jointly conducted by the Ministry of Children, Education and Gender Equality, Rambøll Management Consulting, Aarhus University, UC Nord and Danish Evaluation Institute.

According to Statistics Denmark, 58.12 percent of immigrants had non-western countries of origin in the year 2014. Their proportion rose higher following last year's refugee crisis. Refugees to Denmark are primarily Iraqis, Palestinians, Bosnians, Iranians, and Somalians.