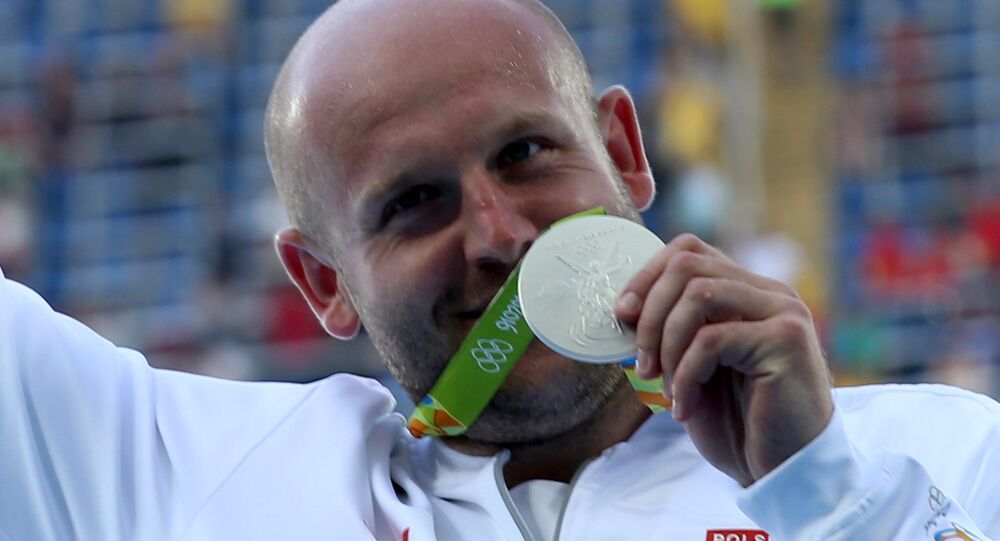 Polish discus thrower Piotr Malachowski has auctioned off the silver medal he won in Rio to raise money for a three-year-old boy suffering from cancer, Lenta.ru reported.

In an August 19 post on Facebook, the 33-year-old world champion and two-time Olympic medalist wrote that he had received a letter from the mother of a three-year-old boy who has been battling a rare form of eye cancer for two years now.

"Winning an Olympic medal is one of an athlete's life dreams. Of course, the most precious is gold. I did everything in my power to get it. Unfortunately this time I did not succeed. Shortly after the competition the mother of little Olek wrote me asking for help to save her son. I decided to help and auctioned off my medal. The money will go to treat the boy,” Piotr Malachowski wrote.

The medal fetched $84,000 in an online auction paid for by  members of one of Poland’s wealthiest families, with the rest of the $126,000 cost of a surgery to save the boy’s life raised by the Polish foundation Siepomaga.

Russian Olympic Kit Becomes a 'Must Have' Fashion Item

These Awe-Inspiring Memes Deserve Their Very Own Olympic Gold