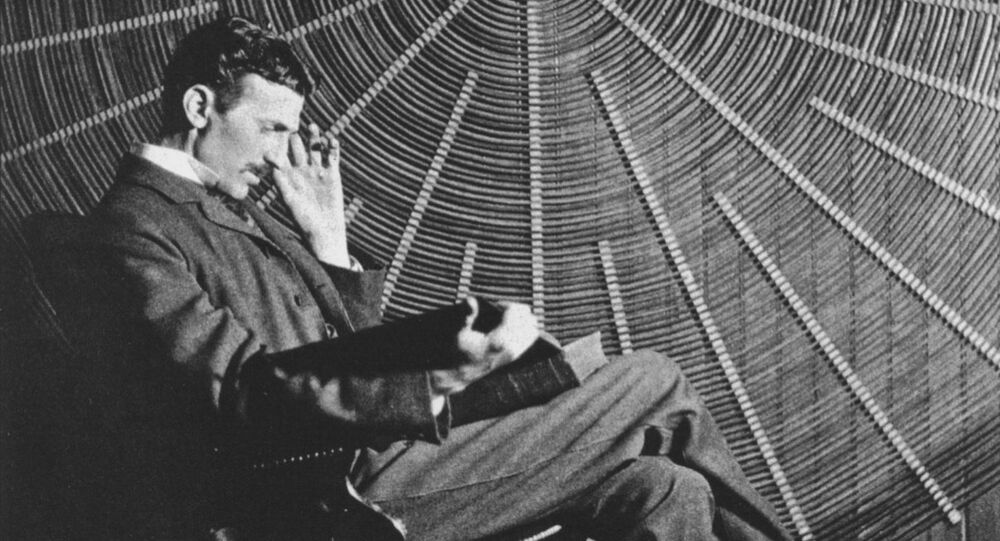 It appears that the 'progenitor' of the drone technology, Nikola Tesla, believed that drones would help to achieve peace on Earth.

© Wikipedia
Flying Autonomous Robots: The Future of Air Combat?
While it's not widely known, the origins of unmanned vehicle technology can be traced back to the famous Serbian inventor Nikola Tesla, as in 1898 he was granted a US patent for a "Method of and Apparatus for Controlling Mechanisms of Moving Vessels or Vehicles", with the document covering "any type of vessel or vehicle which is capable of being propelled and directed, such as a boat, a balloon or a carriage."

"In a broad sense, then, my invention differs from all of those systems which provide for the control of the mechanism carried by a moving object and governing its motion in that I require no intermediate wires, cables, or other form of electrical or mechanical connection with the object save the natural modia in space," the inventor declared.

However, a dedicated enthusiast from the United States named Matthew Schroyer spotted a rather interesting passage in the patent which reveals that while Tesla believed his invention had tremendous destructive potential, he nonetheless hoped that it would ultimately be used to achieve peace.

​"But the greatest value of my invention will result in its effect upon warfare and armaments, for by reason of its certain and unlimited destructiveness, it will tend to bring about and maintain permanent peace among nations," Tesla wrote.

And while it was the nuclear bomb and not unmanned vehicles that became a symbol of deterrence, possibly helping to prevent a number of major wars, the concept of drones being used to bring peace to nations worldwide does appear somewhat ironic, especially considering the sinister reputation of military UAVs.