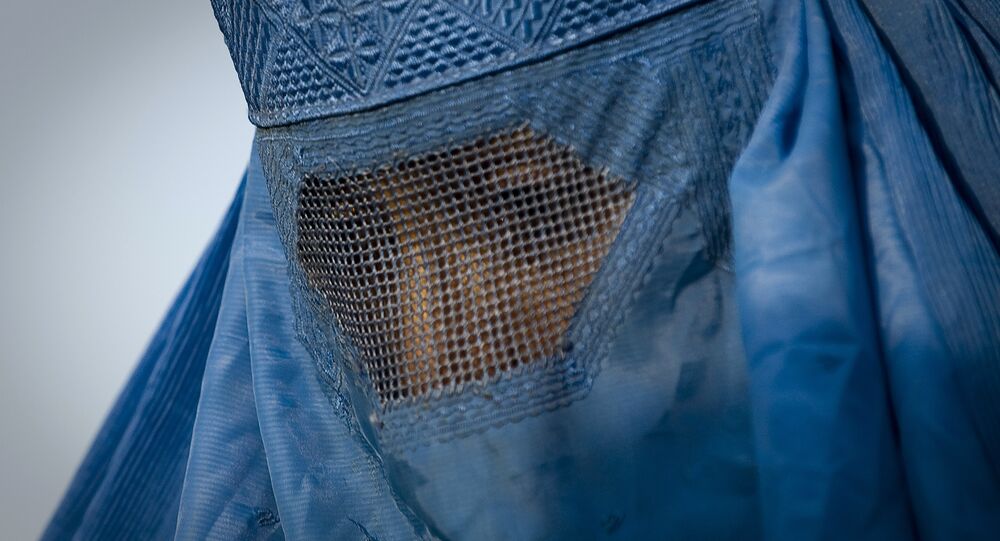 The much-debated issue of banning face-covering garments in public places, which has recently caused a stir across Europe, has not excluded Sweden. Today, Swedish police are advocating a ban on the burka, which happens to be totally in line with the government's proposal for anti-mask laws.

© AFP 2021 / SHAH MARAI
Danish Party Calls to Defy Int'l Law and Impose Burka Ban
Earlier this summer, the Swedish government asked competent bodies, agencies, clubs and stadium owners to express their views on its proposal to introduce a general ban on masks at sporting events. The police are like most other bodies in favor of the proposed bill, but have several reservations, as the government's idea is to make exemptions for religious reasons. This would ban face-covering masks, while allowing the burka, the niqab and other Islamic garments.

"We think that it becomes confusing for the audience to make sure where the limit goes. This makes it also unnecessarily difficult for police officers to determine whether a veiled face is a manifestation of a religious belief or the person has criminal intentions," Lars Tonneman, chief constable and head of the Police Legal Entity, told Swedish national broadcaster SVT.

According to the police, surveillance cameras should be able to identify a person, which automatically outlaws both the burka and the niqab alongside face masks, commonly worn by aggressive football supporters.

The police welcomed the ban proposal, as it would obviously make it harder to commit crimes in anonymity, which together with surveillance may have a deterring effect on criminals.

© Photo : Pixabay
Hijab, Niqab or Burka? Norway Can't Choose Which One Is Good
As one might expect, the very idea of encroaching on other people's religious beliefs, albeit for security reasons, spurred criticism in Sweden, which is renowned for its tolerance and propensity for multiculturalism. Umeå University was among the agencies that submitted critical comments of the proposed bill. Researchers argued the bill was restricting freedom of expression and people's right to privacy.

This argument, however, failed to impress Swedish police. According to Lars Tonneman, the nascent masking ban neither contradicts the Swedish constitution nor the European Convention.

"Prohibition of the burka is only a natural consequence, but on the other hand you rarely see burka-clad women on sporting events, so the restriction will be hardly noticeable," Tonneman pointed out.

Another possible exception that the Swedish government is ready to make regards severe weather conditions. According to Tonneman, this is reasonable, as the police on the spot can make an assessment of how warranted it is to cover one's face in the current weather. By contrast, it may prove next to impossible to assess how genuine one's religious beliefs are.

© AP Photo / Jon Super
Swedish Women Urged to Wear Headscarf - Or Be Raped
With Sweden's Muslim minority being steadily on the rise (and fuelled by constant immigration), the dilemma of allowing or banning face-covering head garments becomes increasingly tender in Sweden. Recently, calls for a full ban have been heard from both left and right, citing "oppression of women" and "Islamist threats." On the other hand, Swedish Muslims have been raising their voice in press, making a stand against possible bans as "undemocratic." As of today, neither of the face-covering Islamic garments is outlawed in Sweden's public places, including schools.

The total number of Swedish Muslims remains a matter of debate, as the given estimates range between 100,000 and 500,000 practicing worshippers in a country of almost 10 million. The reason is that registration by personal belief is illegal and regarded as "discriminatory." Regardless of which of the estimates is correct, Sweden's Muslim community is booming, as 163.000 asylum-seekers from predominantly Islamic countries were taken in last year alone.

If the majority of the interrogated bodies concur, the masking ban will come into force on March 1, 2017.