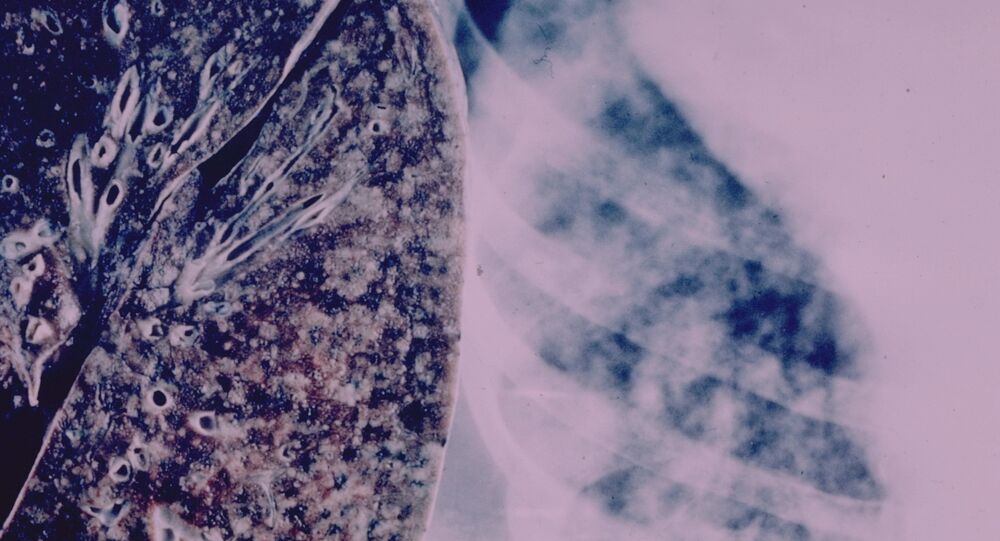 The number of reported cases of the dreaded lung disease tuberculosis is increasing rapidly in Sweden. Whereas the unparalleled influx of refugees is the main reason to blame for the outbreak, additionally many former Swedish patients have fallen ill again.

Throughout last year, Malmö received 14,500 unaccompanied refugee children out of 163,000 foreigners who sought asylum in Sweden. According to Vladana Andersson of the social resource management, many of them were physically impaired or sick.

"Last fall, we kept receiving hundreds of children a day. Among them were many who had active tuberculosis. Others had scabies, hepatitis or shrapnel in their bodies. We also had several children with malaria," Andersson told Sydsvenskan.

According to Andersson, Malmö authorities offer staff at refugee accommodations free vaccination against tuberculosis and hepatitis A and B, at the same time citing vaccine shortages which pose extra problems.

© REUTERS / Alkis Konstantinidis
What Doesn't Kill You Makes You Stronger? Swedes Remain Optimistic on Refugees
During the first half of the year, 421 new cases of tuberculosis were reported in Sweden, with a marked increase in the 15-19 age bracket. According to the Public Health Agency, the increase rests entirely on the increased immigration, as 90 percent of the patients infected with tuberculosis are foreign-born, infectionist and epidemiologist Jerker Jonsson pointed out to Swedish newspaper Dagens Nyheter earlier this year.

The largest increase in tuberculosis among native Swedes occurred in the age bracket 80 and higher. According to physicians, this may be the case of "old" TB becoming active after lying dormant for several decades.

Tuberculosis is a highly infectious disease that mainly affects the lungs, but can also affect other internal organs. The disease is caused by tuberculosis bacteria which are spread in the air by coughing. Most people who get infected do not become actively sick, but carry latent tuberculosis without evident symptoms. The latent or dormant stadium is not contagious.

"However, the latent disease can turn into an active and contagious phase anytime," infectious disease physician Håkan Miörner told Sydsvenskan.

Both active and dormant tuberculosis are treated with antibiotics. However, there occur antibiotic-resistant forms of tuberculosis, where standard treatment proves ineffective.

© AFP 2021 / JONATHAN NACKSTRAND
Sweden is on Fire: Car Arson Epidemic is Catching
The routine vaccination against TB ended in Sweden in the mid-1970s, as it was estimated that the risk of contracting tuberculosis was so low that there was no reason to maintain a national vaccination scheme. People who have an elevated risk of infection, such as children to parents from countries with high incidence of tuberculosis, however, are still offered vaccination, which, however, provides no complete protection against the disease.