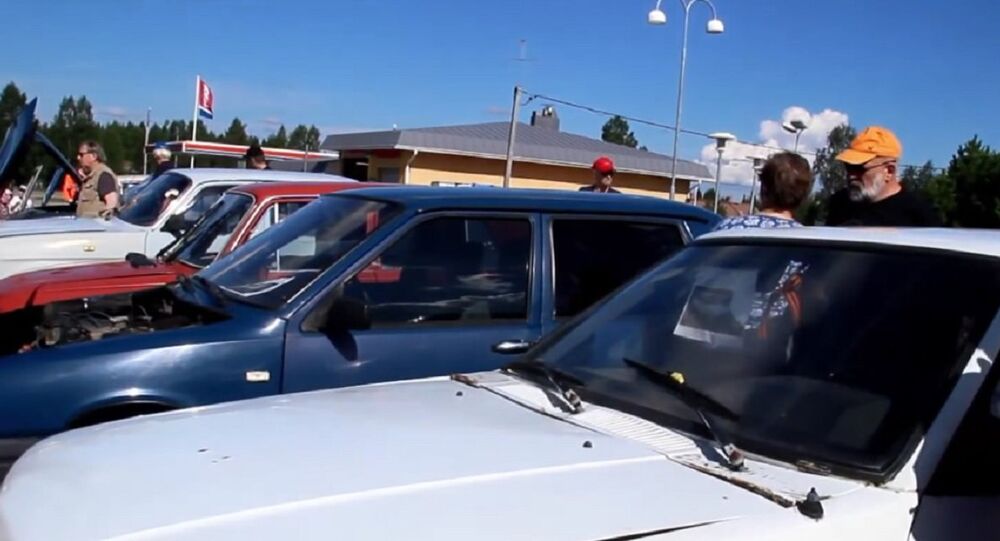 After the first auction of outdated Soviet cars, driven into Finland by refugees last year, proved a major success, Finnish customs decided to do an encore to please the public.

© Photo : Asko Viitanen/Sallan kunta
Old Bones: Soviet Car Junk Auction Big Hit in Polar Finland
On September 3, Finnish Customs will auction off 36 vehicles which have been forfeited to the state at Raja-Jooseppi border crossing point adjacent to Russia's Murmansk Region and which have not undergone customs clearance. This time, the offer includes 21 Ladas and six Volgas. Remarkably, the auction list also includes four outdated Opels, two Daewoos, one Pontiac and even one Volvo.

According to the disclaimer, Finnish Customs is not responsible for the quality, condition, safety of use or suitability of the vehicles, as well as the correctness of the odometer readings of the vehicles, their reported year of manufacture or any other related information. Goods purchased at a customs auction cannot be exchanged or returned.

In mid-July, Finnish customs officials sold off 128 vintage cars, most of them Soviet-made, left behind by asylum seekers crossing into the country through Russia. According to a spokesman for the border station in Salla, the Finnish state earned around 23,000 euros from the sale, dubbed "The Big Eastern Car Auction" with a rare and hard-to-find Volga fetching 1,200 euros.

Previously, dozens of battered motors, including rusty but vintage Ladas, Volgas and Moskvitchs, were bought as "getaway cars" by asylum-seekers in Murmansk region last winter as part of the so-called "Arctic route," which came into being after a number of the EU member states decided to close their borders amid the unprecedented influx of asylum-seekers.

During last year's refugee crisis, hundreds of refugees poured into Arctic Norway using the roundabout way via Russia, rather than risking their lives while crossing the Mediterranean Sea. After Norway tightened border zone security and Finland barred asylum-seekers from cycling across the border or crossing it on foot, the migrants switched to procuring cheap cars from obliging locals. Having fulfilled their mission, the vehicles were either seized by border authorities or abandoned by their temporary owners.

​Some 4,800 refugees availed themselves of the Polar route to Norway, as opposed to roughly 1,700 to Finland, whereupon the influx died down following bilateral agreements and decisive measures on Russia's part.