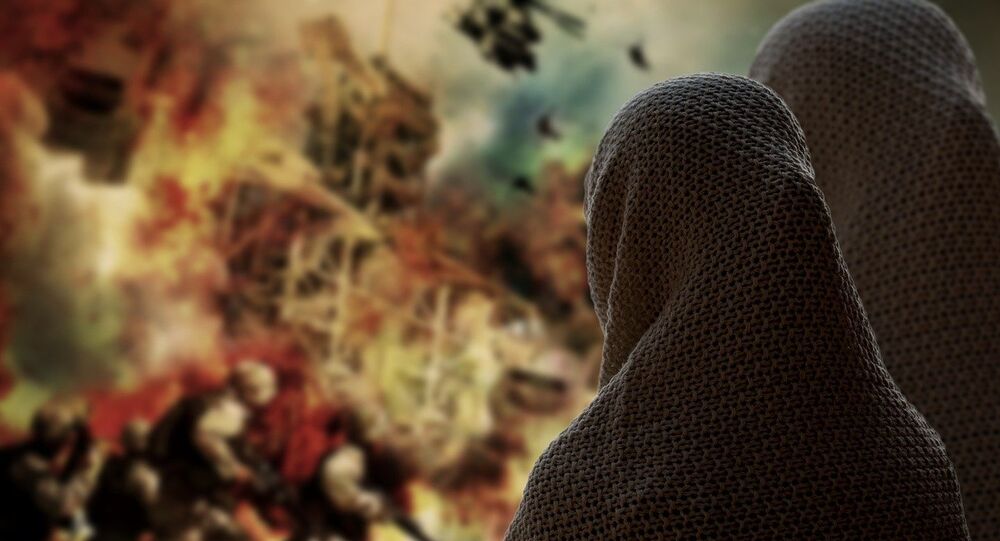 Despite preventive efforts by the government, prostitution in Sweden is becoming increasingly organized as more foreign-born women and men are lured or forced to sell sex. Recently, this bitter trend expanded to include refugee children.

© AP Photo / Jon Super
Swedish Women Urged to Wear Headscarf - Or Be Raped
Fifteen children, currently housed at various asylum accommodations in Malmö, are believed to have been abused by buyers of sex. The staff has admittedly tried to stop the sex trade, but the police failed to properly investigate the events because of prioritizing other issues, Swedish newspaper Sydsvenskan reported.

© Flickr / Chris Beckett
‘Gimme All You’ve Got!’: Finnish Women Buy Sex From Migrant Teens
The staff do not know who exactly exploited the children for the sex trade, but have repeatedly seen adults contact the children outside the asylum accommodation.

© AFP 2021 / LOUISA GOULIAMAKI
On Your Knees! Sweden Finds Bizarre Way to Deal With ‘Bearded Children'
"We were following her like a tail, so that she would not be abused again," Kristina Rosén told Sydsvenskan.

© AFP 2021 / VALERY HACHE
New Sexual Revolution in Norway: Oslo May Decriminalize Brothels, Again
Prostitution laws in Sweden make it illegal to buy sexual services, but not to sell them. Pimping and operating a brothel are also illegal. The criminalization of the purchase, but not selling, of sex was unique when first enacted in 1999, but has since been mimicked by Norway, Iceland, Canada and Northern Ireland.